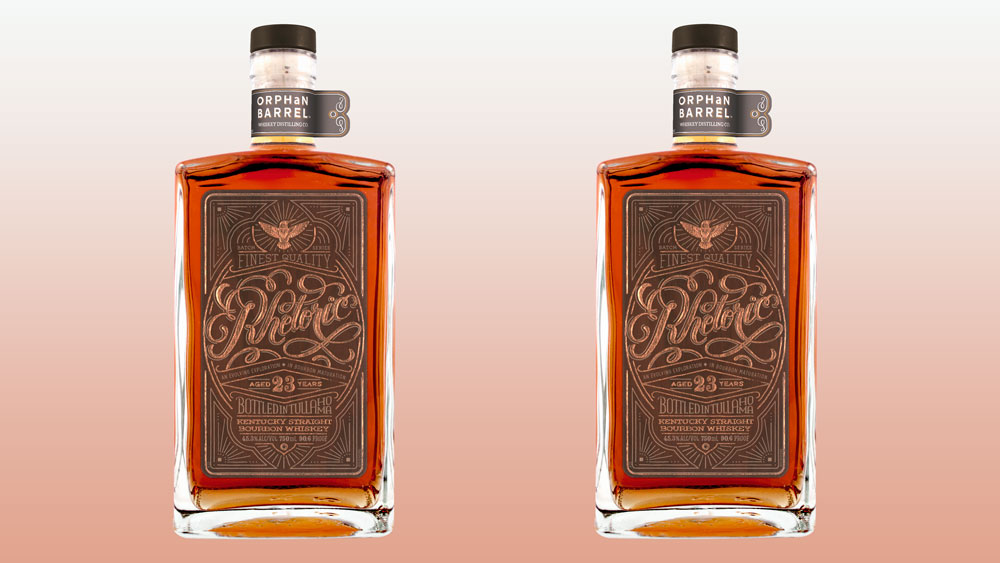 Since 2014, Diageo’s Orphan Barrel series has taken oddball lots of aged whiskeys in the company’s large holdings, touted them as “rediscovered” or “lost,” and put them in pretty bottles at premium prices. Critics have called this a marketing ploy, but a lot of excellent whiskeys have emerged from the project. Perhaps the best known is Rhetoric bourbon, which was first bottled in 2014 as a 20-year-old. Remaining stocks were left to age further, and each year since then, another bottling—with an additional year in oak behind it—has been issued. This year sees the release of Rhetoric 23-Year-Old Bourbon ($120), with at least two more annual editions planned.

Two-plus decades is, for most bourbons, too old—the tannins from the new American oak can make it taste bitter, harsh, and astringent. What makes Rhetoric different? In part, it’s luck that the barrel didn’t overwhelm the bourbon. But it also has an exceptional pedigree. It was distilled in the early 1990s at the old Bernheim distillery in Louisville (which was rebuilt soon after) and is revered among bourbon connoisseurs. It was then aged in the legendary Stitzel-Weller warehouses.

If any bourbon was meant to age well, it’s this one. And, indeed, it has aged quite gracefully. In fact, the 23-Year-Old is slightly less woody than the 22. Oak and char are certainly at the forefront, while notes of vanilla, caramel, and nuts also dominate. The finish is long, dry, and woody, with sweet vanilla bobbing to the surface, as well. It’s worth finding previous Rhetoric bottlings—which are available on the secondary market and in the occasional liquor store—to literally taste the evolution of this bourbon from year to year.