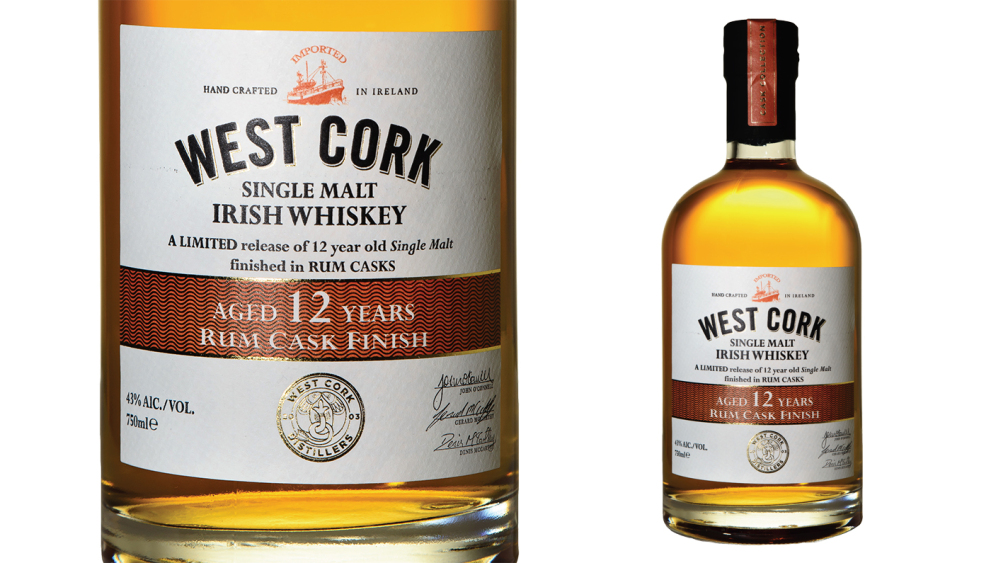 Irish whiskey, all but given up for dead a decade ago, is today one of the fastest growing spirits in the United States. The result of the boom is that new distilleries are springing up all over Ireland, and brands both new and old are finding their way to the States for the first time. West Cork Distillers is one of the scrappiest of the upstarts. Founded in 2003 by three friends who decided that whiskey-making trumped their day jobs, West Cork distills its whiskies using its own bespoke pot stills and 100 percent Irish barley. The 12 Year Old Rum Cask Finish ($66), one of three new limited-edition West Cork whiskeys (each restricted to only 2,500 bottles), is aged in once-used American bourbon barrels before maturing for about 110 additional days in former rum casks. The light, smooth, malty cereal flavor of the whiskey takes a detour to the Caribbean, with sweet vanilla and nougat notes complementing the whiskey without overwhelming it. The result is the best of both worlds—a veritable Irish beach party, with palm trees sprouting shamrocks. (westcorkdistillers.com)