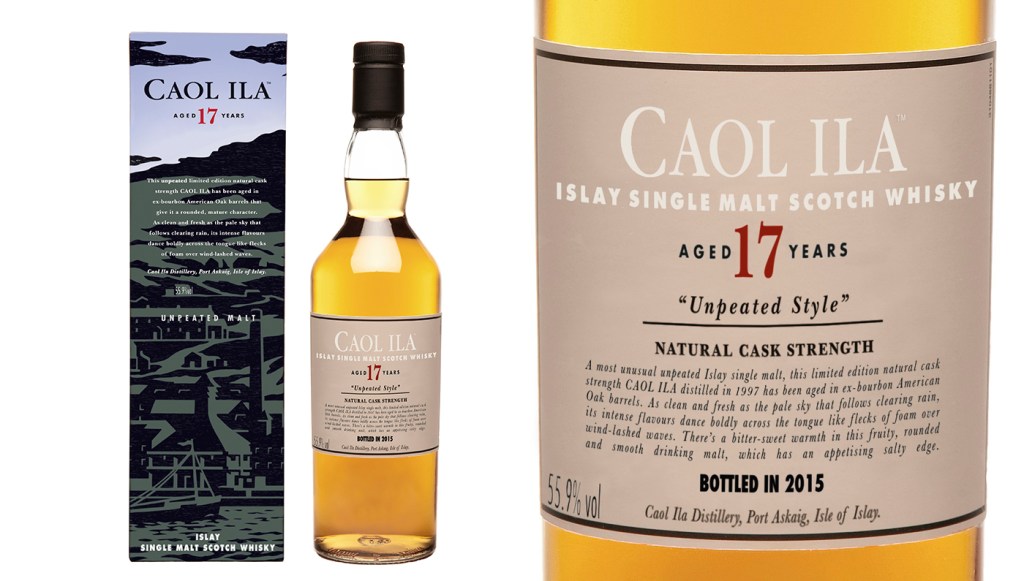 Think of Islay whiskies and most likely the first words that come to mind are peat and smoke. Islay is known, after all, for its peated malts—which means the barley used in distillation has been roasted, or malted, over a peat-fueled fire, which imparts that distinctive campfire-in-a-glass flavor to the final product. But Islay malts are revered by whiskyphiles because they’re multidimensional; beneath the peat, there’s a lot going on—which is what makes Caol Ila’s limited-edition unpeated whiskies so much fun.

Caol Ila is traditionally a peated malt; it’s one of the key whiskies in Johnnie Walker’s smoky Black and smokier Double Black blends. But once a year, small quantities of unpeated Caol Ila are produced for the Special Releases bottlings issued by its parent company, Diageo. This release—Caol Ila Unpeated 17 Year Old ($140), distilled in 1997 and bottled in 2015—is the oldest unpeated Caol Ila yet released. It’s aged entirely in ex-bourbon American oak barrels, which accounts for the sweet toffee notes that hit the tip of the tongue. Vanilla and sweet citrus notes then give way to surprisingly dry and smoky flavors, although not the ashy, medicinal notes of peated Caol Ila. Seventeen years in wood brings forth lots of dry spice on the back of the tongue, climaxing with a long, dry, slightly bitter finish. It’s a fascinating peek behind the peated curtain for Caol Ila fans, but it’s simply a delicious dram whether or not you know the “real” Caol Ila. (malts.com)