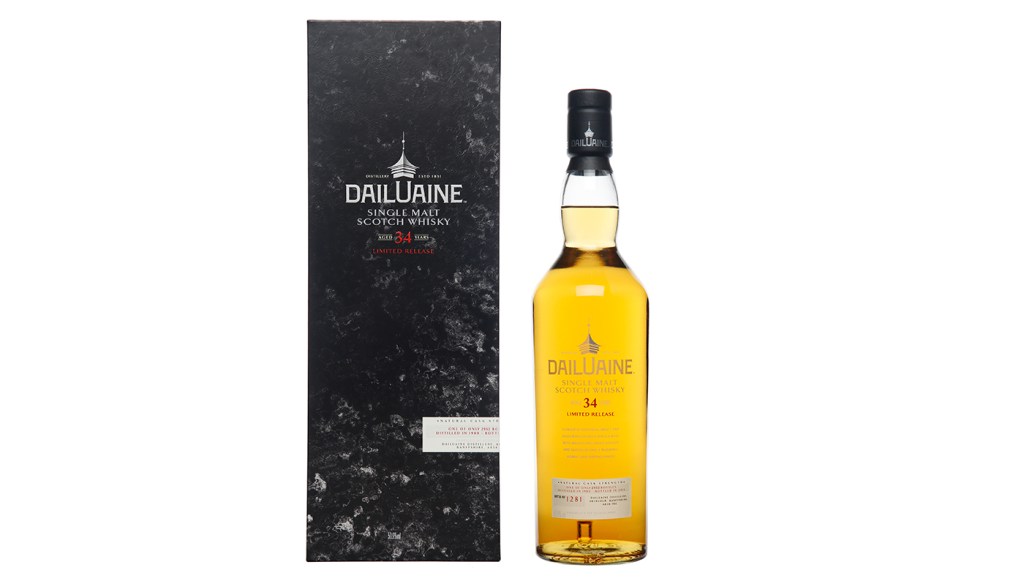 Dailuaine is not one of the better-known distilleries in Scotland, but most whisky drinkers have probably tasted its yields. Among the largest distilleries by volume owned by the American spirits conglomerate Diageo, Dailuaine provides the vast majority of its production to Johnnie Walker blends. Dailuaine—which has been in operation almost continuously since it was built in 1852 (a fire shut it down for a couple of years almost a century ago)—typically produces blended whiskies. But for Diageo’s 2015 Special Releases portfolio as part of its revered Classic Malts Selection, the distillery released the Dailuaine 34-Year-Old Single Malt Scotch Whisky.

Distilled in 1980, this is the oldest Dailuaine ever bottled. The age is noteworthy because it is one of the brand’s last whiskies made with barley malted in-house—something it hasn’t done since 1983. Aged in second-fill American oak casks, the Dailuaine 34-Year-Old (bottled at about 51% ABV) has a bright golden yellow color that belies the decades that the whisky spent in wood. It is made in Speyside, but the vanilla and honeyed notes characteristic of so many Speyside malts is largely absent here. It starts off quite dry, with malt cereal notes coming to the fore immediately, underpinned by herbal and mineral flavors. A delicate white chocolate sweetness wafts in at mid-palate, along with hint of ginger and smoky tea. The finish is light but lingering, with oaky tannins providing an elegant drying sensation.

The Dailuaine 34 is a distinctive, unusual malt, and with fewer than 700 bottles issued worldwide, it’s a rare treat indeed. Retail prices start at about $450 per bottle. (malts.com)