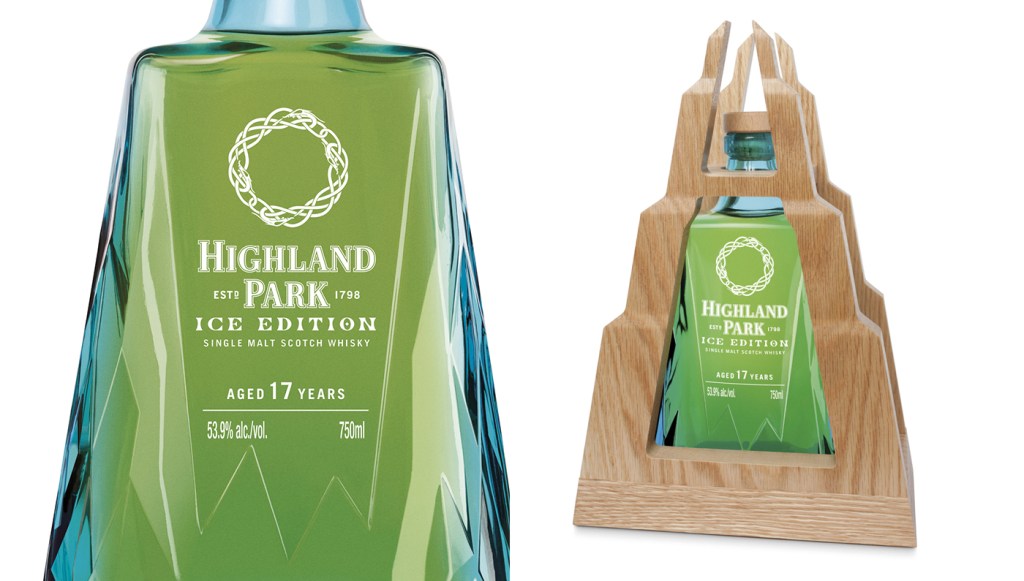 A millennia ago, Vikings roamed the Orkney Islands, one of the more remote parts of Scotland, where Highland Park’s whisky distillery is based today. The Vikings of the Orkneys likely drank mead, not whisky—they’d long since departed by the time Scotch whisky was created in the 15th century, to say nothing of Highland Park’s beginnings in 1798. But they loom large in the Orkneys’ legend to this day, and particularly in its whisky.

A few years ago, Highland Park’s limited-edition Valhalla Collection attempted to capture the essence of four Norse gods—Thor, Loki, Freya, and Odin—in whisky form, with bottles encased in wooden cases that vaguely resembled Norse funerary arks. It was almost snicker-worthy—except the whiskies were all absolutely delicious. All four bottlings sold out quickly and are almost impossible to find today outside of secondary markets and auctions.

Highland Park’s new Ice Edition is on the surface a similarly goofy endeavor, right down to the tinted glass bottle designed to resemble an icy mountain. You can choose to read the accompanying booklet describing the Norse myth of the Ice Giants’ battle against the gods to rule the world, but don’t let it distract you from what you are drinking. Aged for 17 years and limited to 3,915 bottles in the United States, Ice Edition ($300) is an instant classic that rivals anything in the Highland Park portfolio, even the legendary 25 Year Old. It’s a saga in three chapters: coming on sweet with notes of vanilla and pineapple, segueing into intense smoke and gingery spice, and concluding with a breathtakingly long and lingering finish of oak, pepper, and just a hint of licorice. At 53.9 percent alcohol by volume (107.8 proof), it is more intense and complex than Highland Park’s 86-proof 18 Year Old, but it’s not necessary to add water; it is perfect as-is, straight out of the bottle. And besides, it wouldn’t be the Viking thing to do. (highlandpark.co.uk)