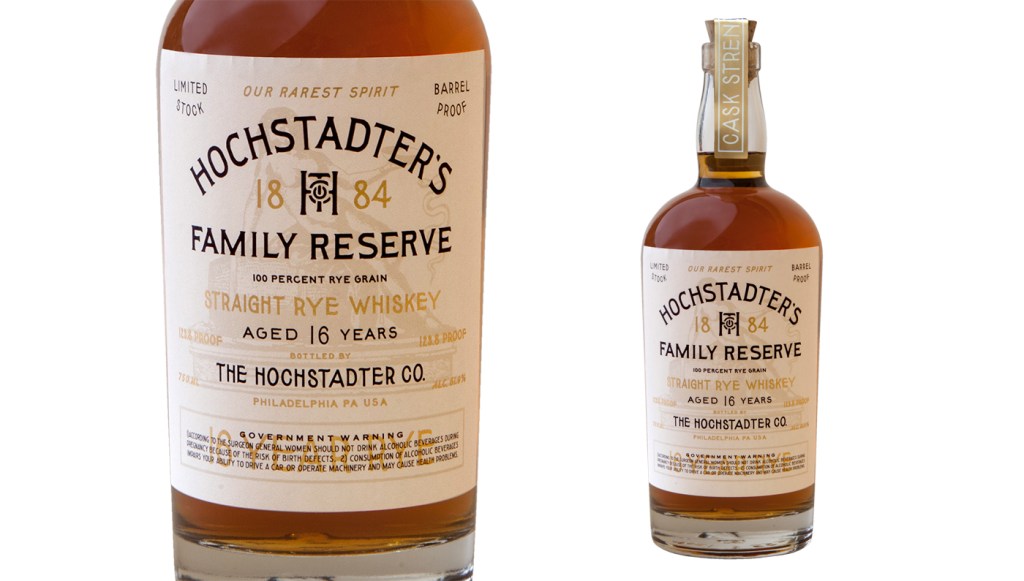 In the late 19th and early 20th centuries, Hochstadter’s was a popular purveyor of spirits that included Irish whiskey and an Indonesian rum, Batavia Arrack. Indeed, things were going quite swimmingly for the New York–based company until the enactment of the 18th Amendment in 1920. Thirteen long years later, Prohibition was repealed, but the damage was done. Hochstadter’s never regained its footing, and after Prohibition, Jacquin’s discontinued the line.

In 2013, Hochstadter’s was born again under the stewardship of the late Robert J. Cooper, whose family owns Jacquin’s. Cooper, who passed away last year, made a big splash in the spirits industry a decade ago with the launch of the Cooper Spirits Co. and its signature brand, St-Germain Elderflower Liqueur, which is now owned by Bacardi. His Hochstadter’s reclamation project began with Slow & Low Rock & Rye, a rye whiskey Old Fashioned in a bottle that enjoyed tremendous commercial success. The hits kept coming in 2015 with the release of Hochstadter’s Vatted Straight Rye Whiskey, a gorgeous blend of ryes from the U.S. and Canada that has become a staple at fine drinking establishments.

Cooper personally selected the stocks for Hochstadter’s first ultra-premium offering, the just-released Family Reserve Straight Rye Whiskey ($200), of which 7,500 bottles have been made available worldwide. The whiskey was sourced from Canada, where it was made from 100 percent rye grain, which almost never happens in the States. It was aged 16 years in newly charred American oak barrels, and bottled at 123.8 proof in Philadelphia. Served neat, it kicks like an angry mule. Tempered with a few drops of water or served over ice, however, and intense rye spiciness and lush toffee flavor are revealed. It’s a bold and complex spirit destined to be counted among the best whiskies of 2017. (cooperspirits.com)