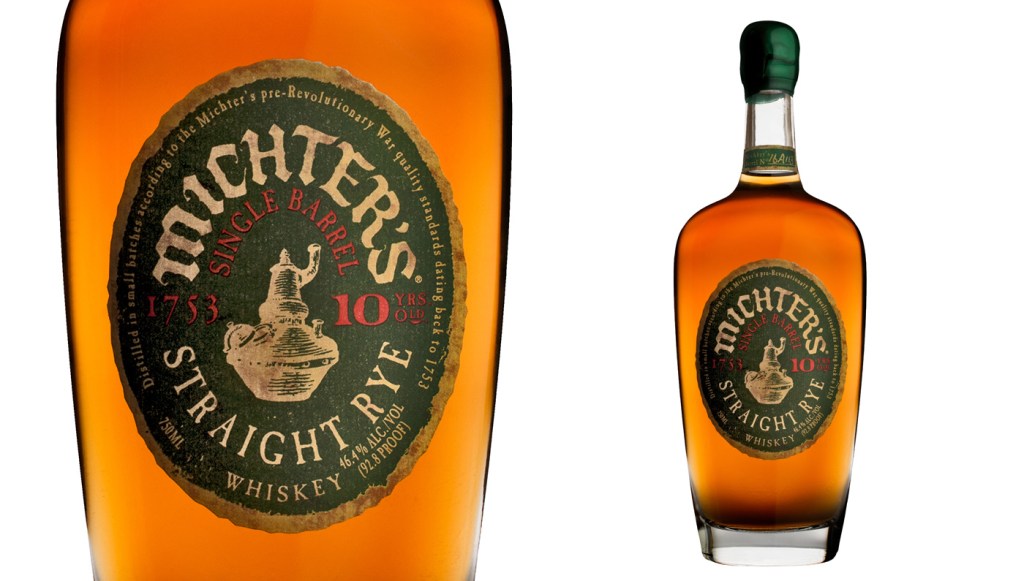 Michter’s has an odd and checkered history. The brand claims a heritage going back to 1753, but Michter’s as we know it today only dates back to the mid-1990s, when the dormant trademark was revived and its base of operations was moved from Pennsylvania to Kentucky. Since then, Michter’s has earned the respect of the whiskey industry and a fan base that’s eager to snap up whatever it puts out, especially its aged whiskeys. Rye and bourbon that’s been aged for a decade is getting harder to come by, as whiskey sales have zoomed into the stratosphere, so Michter’s 10-year-old bourbon and rye have become hotter commodities than ever.

This is what makes the new bottling of Michter’s 10-Year-Old Single Barrel Straight Rye ($150) so noteworthy. Master Distiller Willie Pratt had a batch ready to ship to retail last year, but he tasted it and decided it wasn’t ready to bottle yet. Pratt has the final say on what gets released and what doesn’t, so the rye matured further in oak for another year while customers, retailers, and the Michter’s sales force waited. There’s a reason Pratt’s nickname within the company is “Doctor No.”

The new bottling, released at a healthy but not overwhelming 92.8 proof (the proof can vary slightly from barrel to barrel), is worth the wait. Despite having spent more than a decade in oak, the rye is surprisingly fruity, with only a moderate amount of the spicy char notes that the wood can impart. In its place are cinnamon and baking spices, with a touch of black pepper. It’s big and full-flavored, but not a one-dimensional bruiser; it’s one of the niftiest sipping ryes you’ll come across. There’s no telling when Pratt will OK another batch for release, so your best bet is to pick up a bottle now rather than wait for next time. (michters.com)