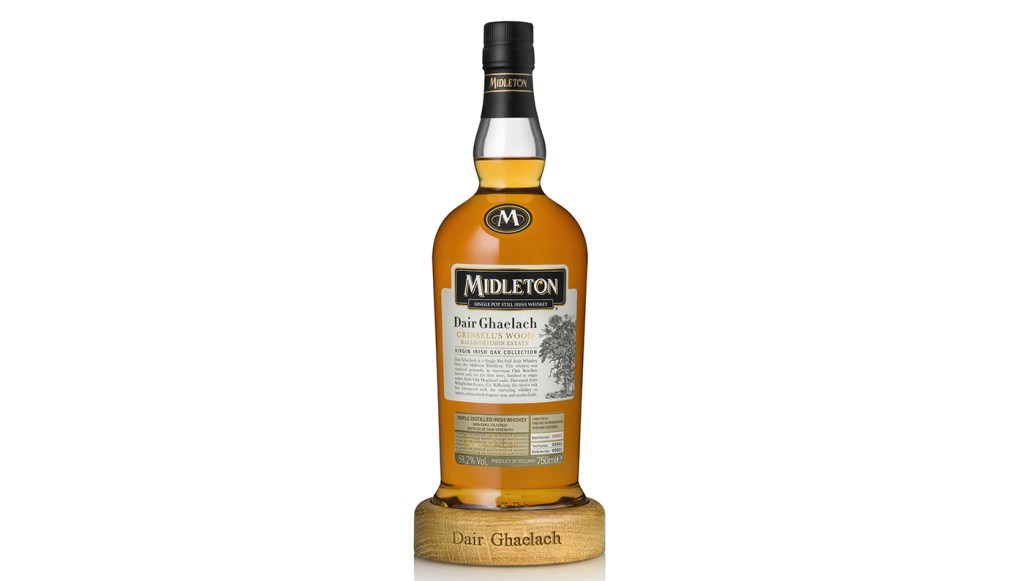 Most whiskey—whether made in Scotland, Canada, Japan, Ireland, or just about anywhere else—started out in American oak. It’s not that American oak is necessarily better than any other country’s (although plenty of folks, especially in American distilleries, would argue that it is); it’s that we have a lot of it. And bourbon must, by law, be aged in new American oak barrels. Once those barrels are used to age bourbon, they are typically sold all over the world to makers of other whiskey varieties.

In recent years, however, distilleries have started experimenting with using homegrown wood in their aging process: Mizunara oak in Japan, Canadian oak north of the border, and now, in Ireland, the first Irish-oak-finished whiskey since the 1930s—Midleton’s Dair Ghaelach ($270). Midleton is a big name among Irish distilleries; in addition to its namesake brand, most of the country’s finest whiskeys—including Jameson, Powers, Redbreast, and Green Spot—are made there. A whiskey with so much Irish DNA was a shoo-in for our list of St. Paddy’s Day Irish whiskeys.

The reason Irish oak has not been used for aging whiskey in so long is that there isn’t a whole lot of sustainable mature oak in Ireland. For Dair Ghaelach (Gaelic for “Irish oak”), once the appropriate trees were found, felled, treated, and finally made into barrels, Midleton filled them with some of its choicest single-pot-still reserves, which had aged 15 to 22 years (in American ex-bourbon oak barrels, of course). The chemical makeup of Irish oak is different from that in America; according to IrishWhiskey.com, “Analysis shows that the Irish oak contains higher levels of some lignin derivative compounds, such as vanillin and vanillic acid, and furfural.”

But one taste of Dair Ghaelach makes it clear that the effect isn’t just chemical—Irish magic is at work here. The nose offers confectionery notes of vanilla, milk chocolate, and honey; the palate is filled with more chocolate, overripe bananas, toffee, and oak spice; and the lingering finish is reminiscent of créme brûlée, with a touch of spice and just a hint of smoke and wood.

Midleton will not produce much Dair Ghaelach, simply because there’s not enough oak in Ireland. Thankfully, there are a lot of new trees being planted now for future generations of Irish whiskey to be aged in native oak. (singlepotstill.com)