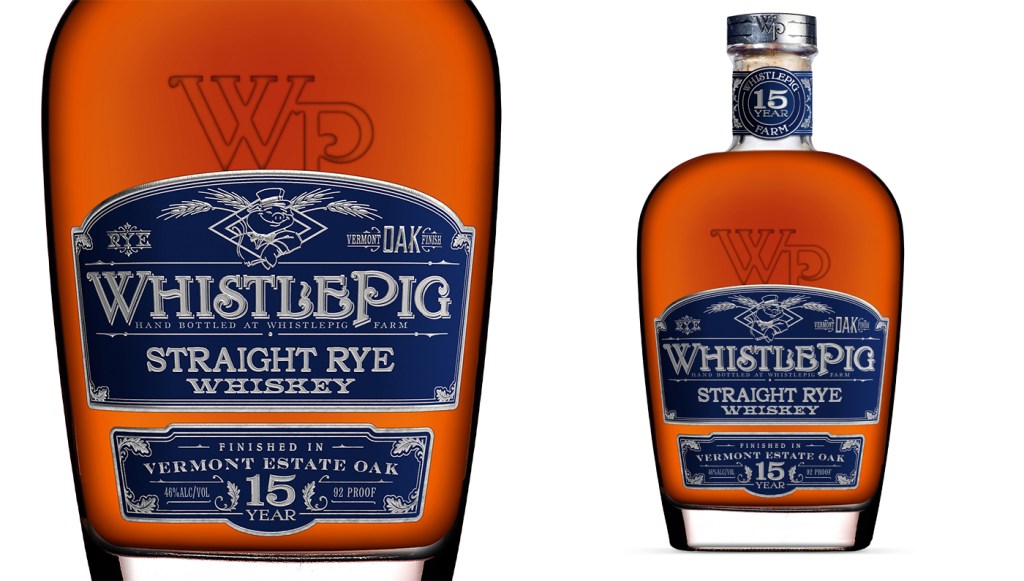 WhistlePig exploded onto the American whiskey scene in 2010. Having all but disappeared by the end of the 20th century, rye was then making a slow, steady comeback among bartenders and whiskey buffs. But WhistlePig was the brand that heralded the rye whiskey explosion—sales rose more than 600 percent, between 2009 and 2014, according to the Distilled Spirits Council of the United States. WhistlePig also brought a new style of rye to the fore. Featuring a mash bill of 100 percent rye (most ryes also contain some corn and malted barley), aged for 10 years, and bottled at a powerful 100 proof, WhistlePig’s original release is a big, boisterous, spicy rye that is not for the faint of heart. It also set the template for modern ryes: high-proof, high-rye content, brawny enough to hold their own in any cocktail. And now, with the new limited-edition WhistlePig 15-Year-Old Rye ($200), the brand offers a new take on its famously 100-percent-rye whiskey.

Founder Raj P. Bhakta bought 500-plus acres of land in Shoreham, Vermont, back in 2007, and brought on former Maker’s Mark distiller Dave Pickerell with the notion of making WhistlePig a complete farm-to-bottle operation, from growing the grain to aging the whiskey in barrels coopered on-site to bottling the whiskey on the farm. While the operation gets up and running and its homegrown whiskey ages, the WhistlePig we drink now is sourced from outside distilleries in Canada and elsewhere.

The 15-year is bottled at a slightly lower proof than the 10-year (46 percent alcohol rather than 50 percent), but the big difference comes from its being finished in barrels made from new charred Vermont white oak. There’s terroir in oak the same as in wine or whiskey; Vermont’s long, cold winters produce an oak that’s more tightly grained than that from warmer climes. The result, judging from the liquid evidence, is a sweeter, smoother, rounder whiskey, with notes of toffee and butterscotch up front and a finish that’s just as heavy on the spice but a little lighter on the burn. The 15 is still a WhistlePig through and through, but it has a little more Vermont in its DNA—which makes the wait for the “real” 100-percent homegrown WhistlePig that much more tantalizing. (whistlepigwhiskey.com)