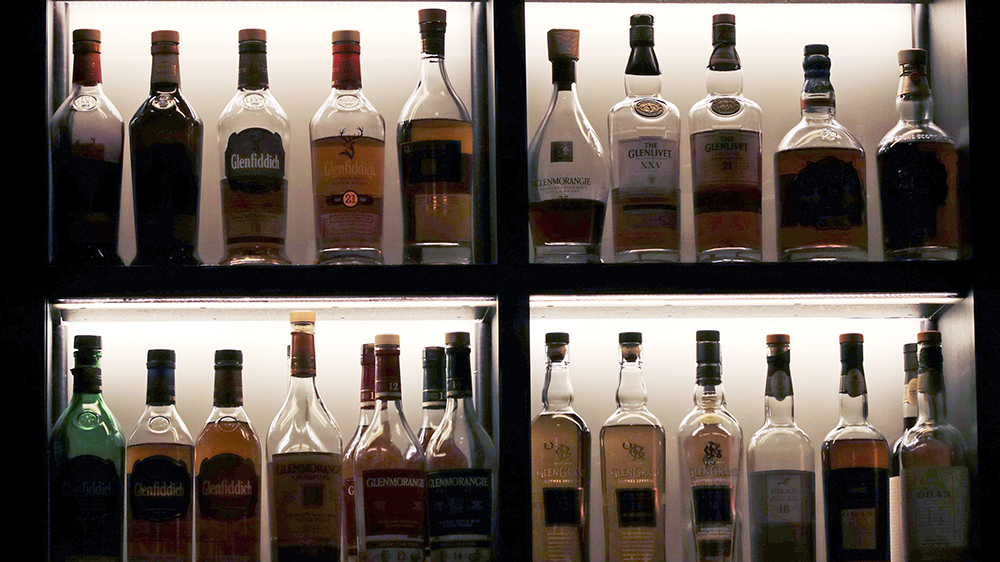 Is your hootch as old as its bottle says? A new age-dating service for high-end whisky may have some answers.

London-based blockchain company Everledger and the Scottish Universities Environment Research Centre (SUERC) at the University of Glasgow have teamed up to produce the first age verification system for whisky, reports The Spirits Business. The aim of the new technology is to help combat the counterfeiting of premium whiskies that can sell for tens of thousands of dollars per bottle.

Counterfeiting is an increasingly big issue for the whisky sector and high-end collectors. Sales of collectable bottles of single malt Scotch reached $76.6 million in 2018, and up to 40 percent of those may have been fakes, according to SUERC. Research released by the center that year showed that of the 55 bottles of rare Scotch it tested, 21 were either fake or had been distilled in a different year than the one claimed.

As part of the service, SUERC researchers will fit rare bottles of whisky Everledger anti-tamper bottle closures. The small sample of the liquid will be removed through the cork and analyzed using carbon dating that can detect its age within a couple of years. That information is then connected to the blockchain creating a digital record that certifies the whisky’s age and provenance.

“This research has been carried out in response to a growing interest in these whiskies that, if genuine, can be worth tens of thousands of pounds per bottle, which may encourage fraudsters to attempt to fake the more expensive brands,” Gordon Cook, head of the SUERC Radiocarbon Laboratory, told the publication. “We’re proud that we are now able to provide the first and only fully secure whisky age verification service in the world with the support of Everledger.”

It’s unclear if any whisky producers or auction houses have signed up for the service, but assuming it works as designed, the service could add a new layer of trust to collector acquisitions. At the very least, it’ll give you a little more peace of mind the next time you’re thinking about dropping a couple hundred thousand dollars (or more) on 50-year-old whisky.