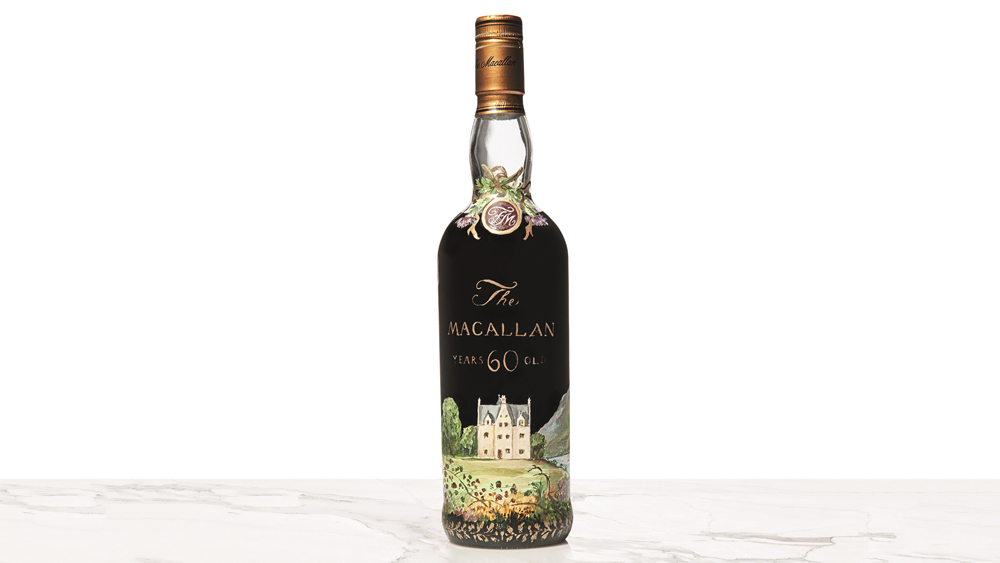 Courtesy of the Macallan

Last year UK enthusiasts shelled out an unprecedented amount of money for rare single malt whisky at auction, according to a new report. The report, published recently by industry analyst Rare Whisky 101, says that in 2018, for the first time ever the UK’s elite elixir auction market sold more than 100,000 bottles of whisky, raking in a record $52 million, which represents a 63 percent increase over 2017.

Oh, and 2018 also saw a new world record established for the most money ever paid for a single bottle of Scotch when the Macallan 1926 60-Year-Old brought in $1,528,800 at Christie’s Finest & Rarest Wines & Spirits auction in London.

“As consumption continues to increase, driven by connoisseurs, collectors and investors, the stocks of rare whisky will continue to diminish, creating the ideal conditions for escalating hammer prices,” says David Robertson, co-founder of Rare Whisky 101.

While demand for rare and vintage whisky shows no signs of slowing, and the UK auction market remains the biggest and most active market worldwide, Robertson did sound one note of caution regarding the current market.

“With the uncertainty of Brexit hanging over us,” he says, “it is extremely difficult to second guess what will happen with cross border trade and access to bottles. From both a volume and value perspective, 2019 is very difficult to predict.”