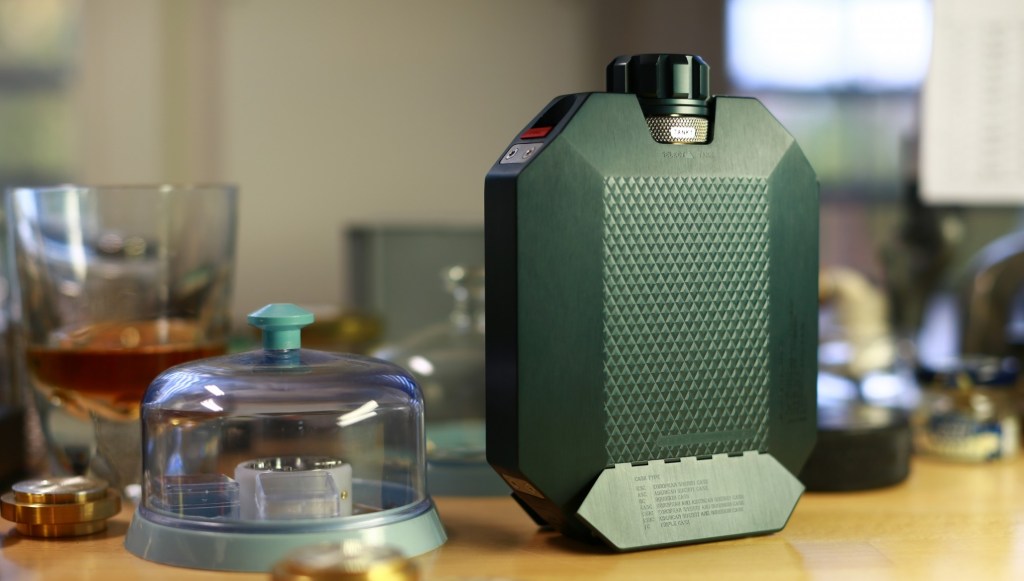 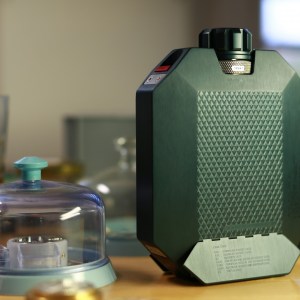 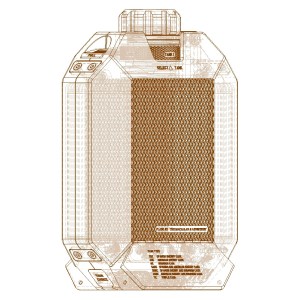 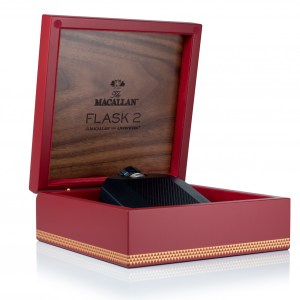 If a landing party from the Starship Enterprise were issued an after-hours survival kit, this is the flask it would contain. And unlike most current 21st-century portable pouring devices, it would be designed to be filled with not one, but two different whiskies.

Combining the best of Scottish distillation skills and Swiss watchmaking craftsmanship, the Macallan x Urwerk Flask 2 represents a joint venture between the Macallan, one of the world’s most coveted and award-winning single-malt whiskies, and Urwerk, a Geneva-based pioneer in creating unconventional and highly collectable artisan watches, producing only 150 such timepieces a year.

The Macallan-commissioned and Urwerk-designed whisky flask is a methodically machined aluminum, titanium, and stainless-steel work of art composed of more than 150 parts that incorporate a pair of titanium tanks for carrying two different Macallan whiskies. Twin winglets snap out from the sides to form stabilizing stands for placing the flask upright, while two adjustable rollers on the flask bottom are used to indicate the vintages of the whiskies inside, as well as the barrel types that were used for their aging, including European or American sherry or bourbon or triple cask combinations. The whiskies inside each tank can only be released by pulling up and turning the intricate pouring spout, which incorporates a tank selection control knob. To prevent slippage, the front panels of the flask are handsomely checkered.

Only 500 of these strategically engineered flasks have been produced, at a cost of $2,575 each. They are already collectors’ items. (urwerkflask.themacallan.com)