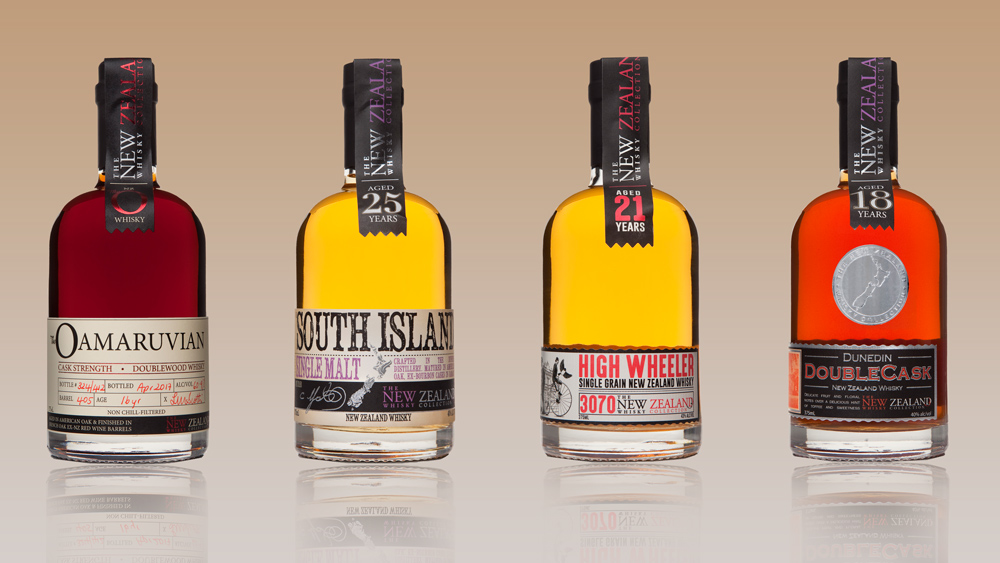 Scottish folk began emigrating to New Zealand in the 1830s, bringing along bagpipes, ceilidhs, and other aspects of Gaelic culture that can still be found in parts of New Zealand today

Of course the Scots brought whisky. The elixir caught on, and Scottish-style hooch has been produced in the Land of the Long White Cloud ever since, which is news to most everyone outside the Southern Hemisphere.

The New Zealand Whisky Collection comprises four selections from what was once the world’s southernmost distillery—Willowbank, in Dunedin on the South Island. When the distillery closed in 1997, the bulk of its stores were auctioned off or mothballed. Seven years ago, the New Zealand Whisky Collection’s founder, Greg Ramsay, purchased 443 barrels of cask-strength spirit made at Willowbank between 1987 and 1994. Seeing the potential for something special, Ramsay had the barrels moved to a seaside storage facility in Oamaru for further maturation.

The four whiskies in the collection are available exclusively in 375 mL bottles and can be purchased separately. The crown jewel is the South Island 25 Year Old Single Malt (80 proof; $230), which gives New Zealand the distinction of being just the fifth country in history to release a quarter-century-old single malt. Crisp citrus notes and licorice sweetness intermingle with a hint of peat. It’s a surprisingly vivacious dram given its age.

The Oamaruvian 16 Year Old Cask Strength DoubleCask (116.8 proof; $115) is a pleasant mélange of dried berry flavors, port-soaked raisins, and almonds. The smooth High Wheeler 21 Year Old Single Grain (86 proof; $95) is a medium-bodied whisky brimming with pear and vanilla flavors. Last but not least is a Dunedin DoubleCask 16 Year Old (80 proof; $85), an easy-drinking blend of 70 percent single malt and 30 percent grain that strikes a balance between pleasant fruit and bold spice.