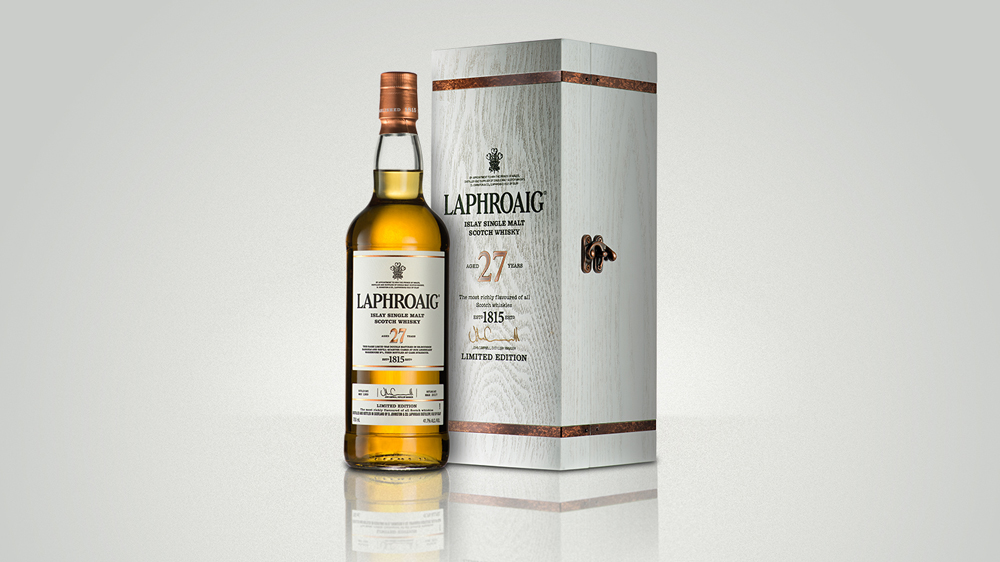 Laphroaig may have celebrated its 202nd birthday this year, but the venerable Islay distillery refuses to stand on tradition. The Laphroaig team, led by distillery manager John Campbell, experiments relentlessly with aging its distinctively peaty whisky. From PX sherry hogsheads and virgin American oak to triple maturation and quarter-size casks, its range of 11 core whiskies, along with a few limited-edition expressions each year, has everything an Islay fan could want—except for age statements.

Whisky aficionados—and Scotch-whisky fans in particular—often judge single malts in part by how long they’ve spent in the barrel. With the exception of Laphroaig’s flagship 10-year-old bottling and a hard-to-find 25 year old, Laphroaig’s range is entirely NAS (no age statement). The lack of an age on a whisky’s label is an indicator that at least some of the blend is younger than the other whiskies included. As aged stocks dwindle, courtesy of the Scotch-whisky boom of the last couple of decades, more NAS single malts are being released—many of which are high-quality whiskies. But a significant age is something that is hard to replicate.

Which is one reason aficionados will want to pounce on the newly released Laphroaig 27 Year Old ($750). Matured in a combination of refill hogsheads, ex-bourbon casks, and refill quarter casks—and bottled at a tame 83.4 proof—the whisky has a rich, deep, multilayered flavor that’s simply not found in the vast majority of younger malts, another reason to add this Laphroaig to your collection. Time tends to soften a peated whisky; the smoke and peat are still present, along with a classic Islay, salty-sea-air finish. But it’s more gentle and rounded than a typical Laphroaig, with sweet honey and hints of citrus costarring in the production.

As with any Laphroaig this antiquated, the 27 Year Old won’t be around for long. The distillery’s previous 27 Year Old, released almost a decade ago, commands high sums on the secondary market, and this one is bound to follow a similar fate.

How Pappy Van Winkle Became the World’s Most Coveted Bourbon

How to Make a Monte Carlo, a Delicious Whiskey Cocktail With a Fanciful Backstory