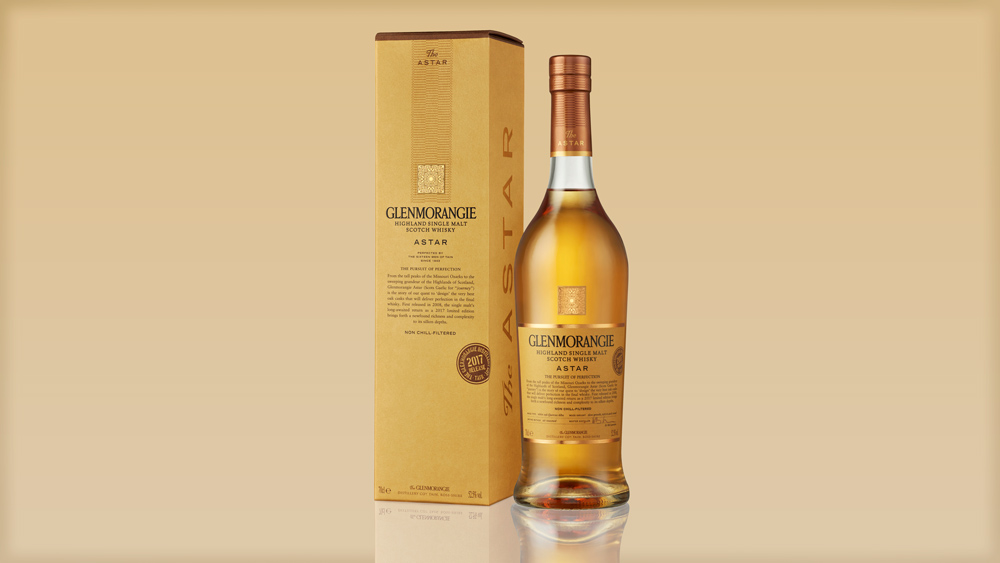 The “new” whisky from Glenmorangie is actually more than a decade old. It made its first appearance in 2008 and then disappeared—save for pricey appearances on the secondary market—for almost a decade. Now, it has made its return with a limited-edition release. Why is Glenmorangie Astar ($99) resurfacing, and why did it go away for so long?

The answer is in the wood—namely, the years-long process required to make the casks in which Astar (Gaelic for “journey”) is aged. The bespoke casks use slow-growth, porous oak found in the Missouri Ozarks. The staves are dried in the open air for at least 2 years before being coopered into barrels; at that point, they’re lightly toasted—not charred, as with many whisky barrels—and filled with bourbon (the brand of bourbon isn’t public knowledge). After 4 years, the barrels are emptied, shipped to Scotland, and filled with the new make that will become the finished product.

A decade ago, NAS —“no age statement”— whisky was rare. Today, NAS expressions are much more common, but the really outstanding ones are still few and far between. This is one of them; clearly, the casks have done their work in short order. On the palate, it’s got luscious notes of ripe peaches and apples along with sweet vanilla, coconut, and a hint of tangy citrus. It’s bottled at a fairly powerful 105 proof (52.5 percent alcohol), and while it doesn’t burn, a splash of water amplifies all the flavors without blurring or dulling them. Like the previous release, this one is a limited edition. Let’s hope Glenmorangie has a few more Astar-friendly barrels in the works.