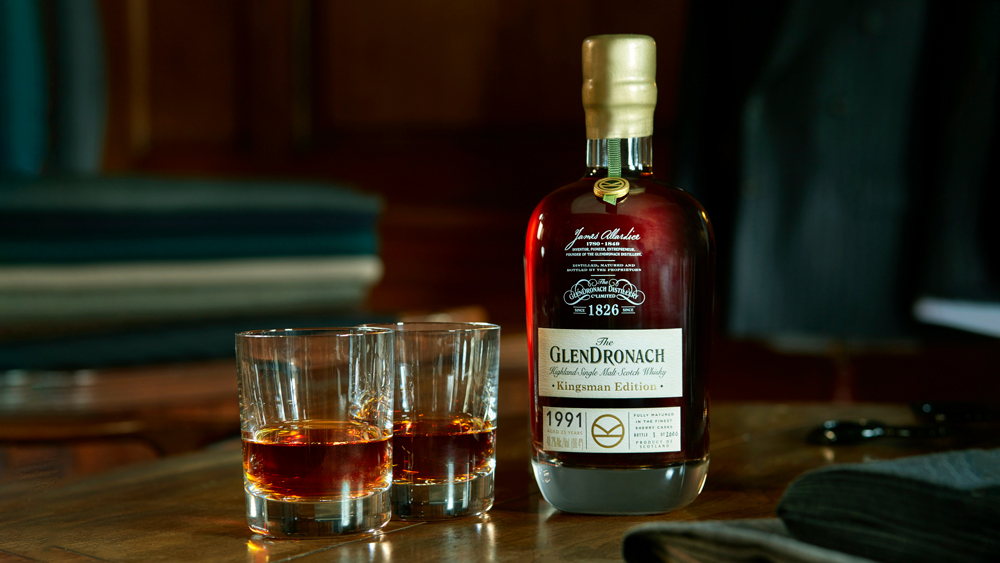 A measure of skepticism about a $900 whisky pegged to the release of a big-budget action film is to be expected. But no matter how one feels about the marketing ploy (or price tag), there’s no denying that the GlenDronach Kingsman Edition 1991 is an estimable scotch. Matthew Vaughn, director of the new Kingsman: The Golden Circle, is an avowed fan of the ancient Highlands distillery and is said to have been the driving force behind the collaboration. Casks from 1991 were selected to mark the year Kingsman agent Gary “Eggsy” Unwin was born—fake born, that is; it’s only a movie.

A blend of single-malt whiskies spent a quarter-century resting in Pedro Ximenez and Oloroso sherry casks, coming out awash with robust scents and flavors. On the nose you’ll smell old grapevines, cigars, and maple syrup—perhaps a whiff of shoe leather, as well. The palate is brimming with plum and orange notes meshed with the rich sweetness of a sticky bun. The mouthfeel is slightly oily for this weighty whisky, but the finish is long and offers a coffee and dark chocolate flavor.

A mere 240 bottles of the GlenDronach Kingsman Edition 1991 have been allocated to the U.S., home of the Statesmen spy agency depicted in the film. Each bottle is signed by Vaughn and GlenDronach whisky maker Rachel Barrie and comes with a custom Kingsman gold metal charm, which is sure to impress all the Colin Firth fans in your life. Kingsman: The Golden Circle opens September 22.