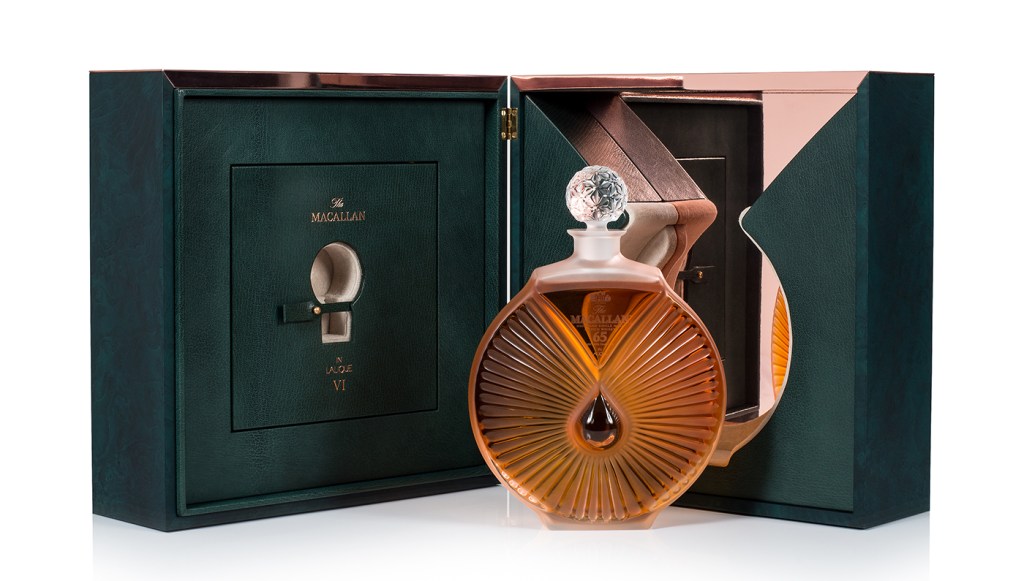 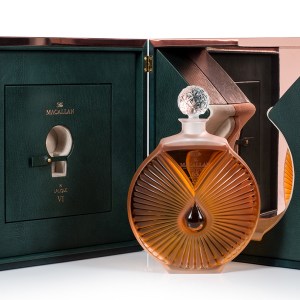 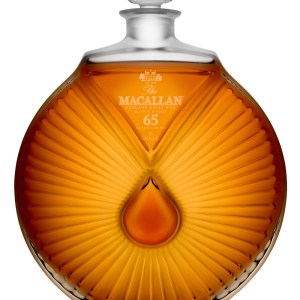 Representing one of the oldest Macallan whiskies ever commercially bottled, the “Peerless Spirit” 65-Year-Old ($35,000) is the sixth release of the Macallan in the Lalique Six Pillars series. It is also the concluding chapter in the story of Macallan’s six elements that define the character of the brand’s extraordinary single malts. Matured in two American oak sherry casks from a single Jerez cooperage, they were filled at the distillery on November 10, 1950. Sixty-five years later the whisky emerged dark walnut in color, bursting with apricots, marzipan, lemon-soaked bing cherries, and soft smoke. The “Peerless Spirit” decanter was inspired by the pinched techniques used by René Lalique for his perfume bottles. Only 450 decanters exist. (themacallan.com)