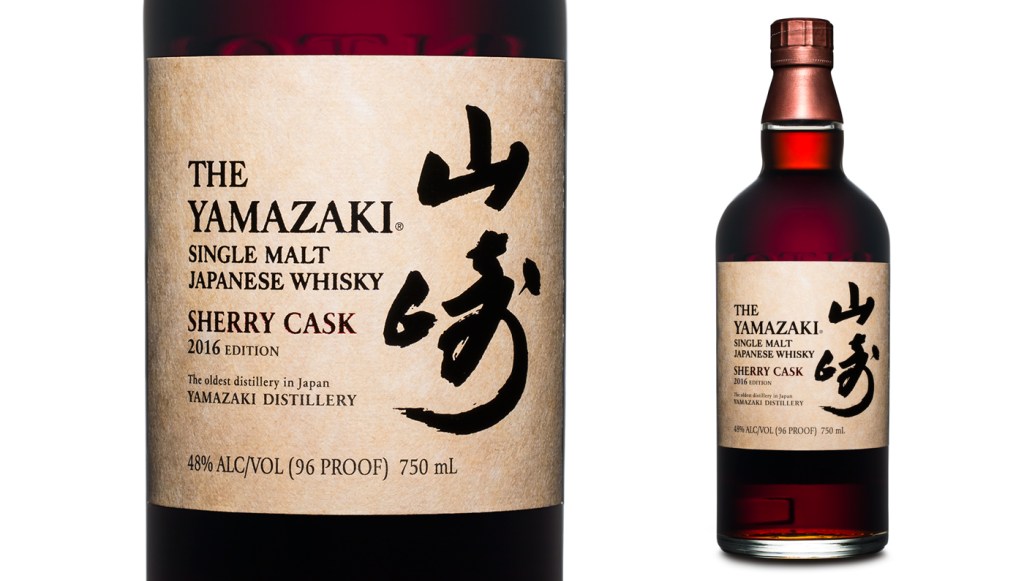 Suntory has been producing sherry cask–aged whiskies since 1924, a year after the distillery was built. However, it was not until the early part of this century that Suntory’s Yamazaki whiskies started to become known in the United States. And now Yamazaki has been enhanced by the introduction of sherry cask editions. Although the Yamazaki Sherry Cask 2016 Edition Single Malt ($300) bottling carries no age statement—a growing trend due to high demand and dwindling stocks—it contains whiskies up to 25 years old, including some of the distillery’s award-winning 2013 offerings. Yamazaki chief blender Shinji Fukuyo selected more than 100 barrels of sherry-aged whiskies to create this masterpiece, which he admits is not for the timid. It grasps the palate firmly and holds on with hearty notes of stewed fruits, toasted oak, marmalade, and butterscotch. (beamsuntory.com)