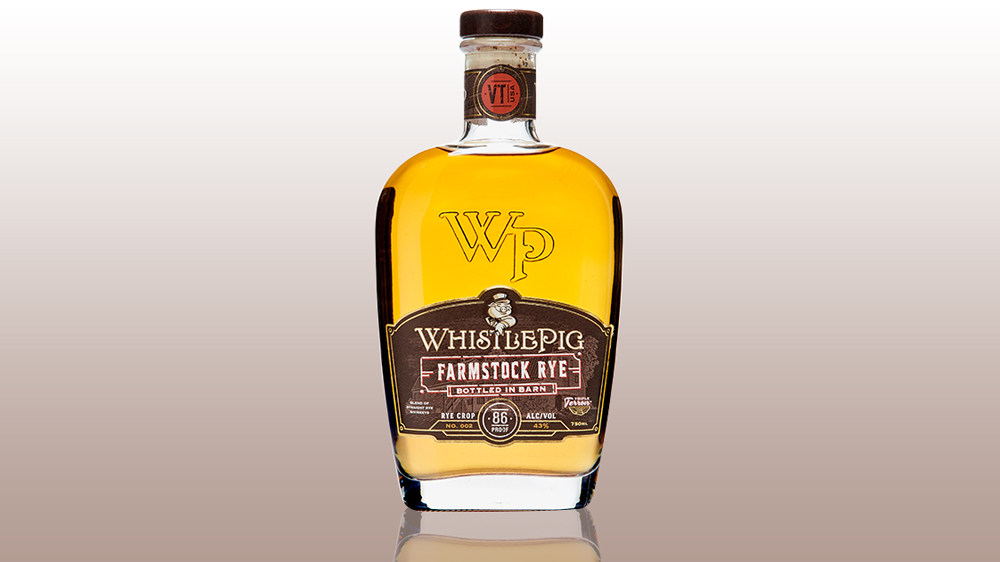 Since its inception in 2010, Vermont-based whiskey maker WhistlePig has made a name for itself with its Boss Hog series, the fourth edition of which was named Best in Show for whiskey at a blind tasting during the 2017 San Francisco World Spirits Competition. This year, the boutique company is betting on a new crowd-pleaser with the launch of FarmStock Rye Crop No. 002, the second blend of its limited-edition annual FarmStock estate release. Building on the success of its precursor, the beloved brand hopes to create a unique farm-to-bottle whiskey experience that capitalizes on the recent rye resurrection.

Crowdsourced from around 500 bartenders, consumers, and influencers at blending events across the United States, FarmStock Rye Crop No. 002 ($73) is a shared labor of love. The spirit was made with WhistlePig’s two-year aged whiskey with grains grown on the grounds, and master distiller Dave Pickerell balanced it with six- and 10-year-old ryes from WhistlePig’s special reserves. The expression was then aged in Vermont White Oak barrels made from local trees and given a special char and toast. It was hand-bottled at 86 proof.

The end result is a rich, complex affair. The whiskey has notes of orange zest, white chocolate, vanilla bean, and fresh pear accentuated by a gentle rye spice. Hints of fruitiness give way to a full-bodied array of spice softened by notes of allspice and cinnamon and pleasantly balanced with a dryness on the palate. White pepper and oak spice lend an unexpectedly light and lengthy finish. The bottle is equally elegant, with a drawing of WhistlePig’s brand mascot, Mortimer, gracing the front.

Although last year’s offering consisted of only 75 barrels, there’s more to go around this time. In total, 150 barrels of FarmStock Rye Crop No. 002 were used to create the new bottling.