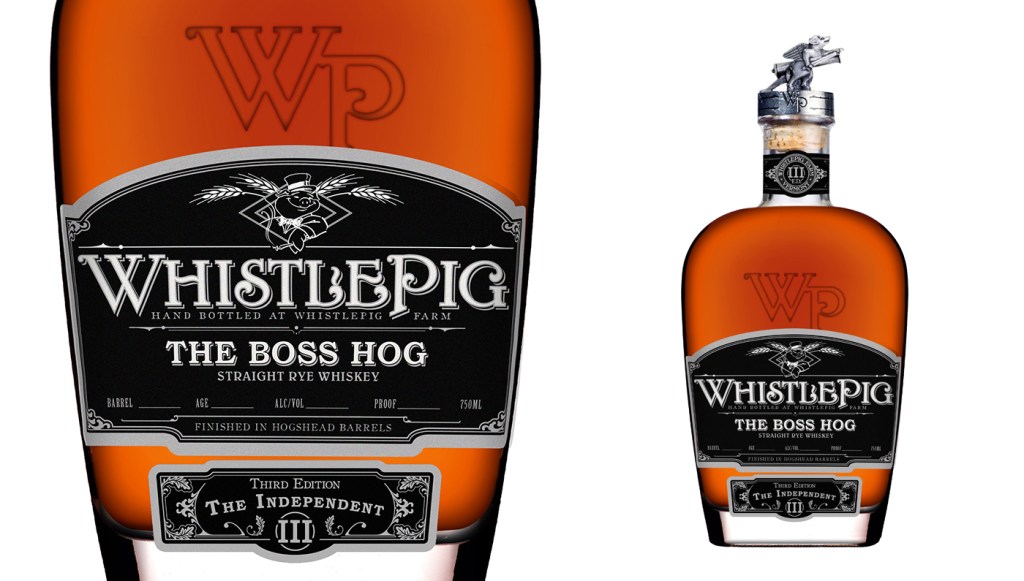 A spirit distilled from rebellion, rye whiskey helped lubricate the United States’ struggle for independence from Great Britain, a legacy both celebrated and brought full circle with the WhistlePig’s 2016 the Boss Hog: the Independent. The third expression to comprise the Boss Hog series, the latest release is 100-percent rye and pours one of the Vermont-based whiskey maker’s most distinctive drams yet. Interestingly, part of its singular stature is owed to a collaboration from across the pond, something unheard of in the early days.

When the colonists first came stateside from Europe, rum was the chaser of choice, and it was was strictly supplied by the British. When the revolution reared up, the rum ran dry and parched patriots made rye. Flash forward a couple of centuries and WhistlePig’s master distiller Dave Pickerell decided to tap into Old World ways and rely on 66-gallon Scotch casks, known as hogsheads. After being refit with American oak heads they were used in the Independent’s finishing process after the juice had already aged for 14 years.

“The Scots love to finish their whisky in used bourbon barrels, so we decided to hit one back over the fence to our friends across the Atlantic,” says Pickerell. “Finished in hogshead barrels, this Boss Hog has a flavor profile unique in American whiskey. Your move, Scotland.”

The result comes in at about 120 proof and brings out both flavors of a refined rye (with notes of caramel) at the beginning followed by a lingering skosh of Scotch.

“The Boss Hog is the absolute pinnacle of whiskey,” asserts WhistlePig’s founder and chief steward Raj Peter Bhakta. “It is old, powerful, yet possessed of the grace and balance of a ballerina.”

Topping off the tipple is a handcrafted, lead-free pewter presentation of the brand’s winged mascot Mortimer atop a cannon—a stopper as uncommon as the contents. With only 30 barrels produced, the Boss Hog: the Independent has been available since October at a price of $300 per bottle. (whistlepigwhiskey.com)