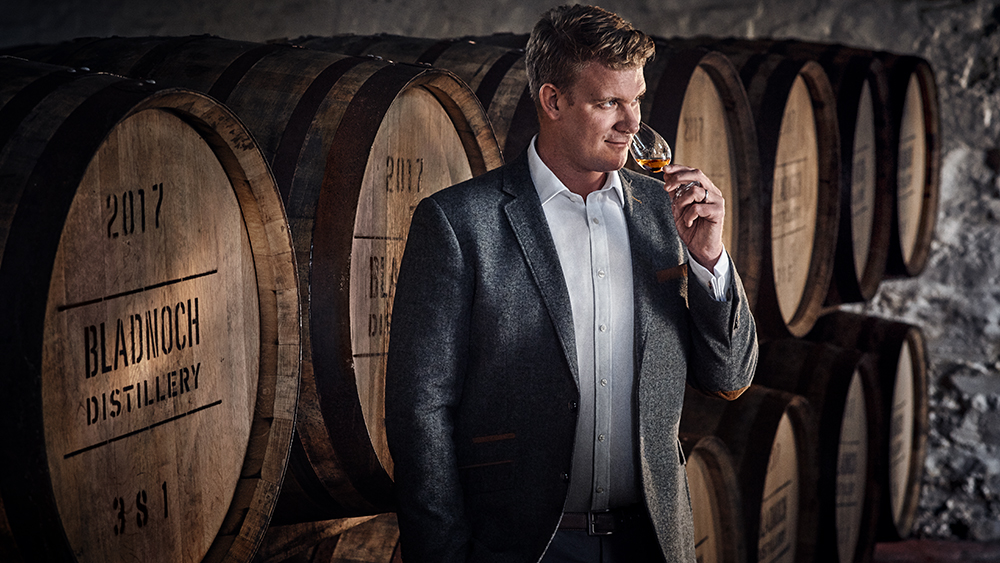 Master distiller Nick Savage stunned the scotch world when earlier this year he left one of the best-known distilleries in the world, the Macallan, for little-known Bladnoch. Through his time at Diageo and William Grant & Sons and then at the Macallan, Savage became known as one of the most famous whiskymakers in the world, and so his decision raised eyebrows around the globe. His silence regarding the move only fueled the rumors of the possible reasons behind it. Savage recently granted Robb Report a rare interview—the first with a US outlet—to speak about his decision.

While at the Macallan, he oversaw some of the most celebrated whiskies this award-winning Speyside distillery has recently produced, including the Macallan 72 Years Old in Lalique Genesis Decanter ($65,000), the Exceptional Single Cask collection’s launch of the Macallan 1950 ($54,209), and the Macallan Edition No. 4 ($100), which paid tribute to Macallan’s new $225 million dollar distillery and visitor center, which Savage helped launch in 2018.

Savage’s new role as master distiller at Bladnoch officially began in July. The small, under-the-radar, 202-year-old distillery is the southernmost in Scotland, and only one of six left in the Lowlands. It had been mothballed until 2015, when it was purchased and renovated by Australian entrepreneur David Prior. The distillery currently makes a few unique single malts, including Samsara California red wine cask and bourbon cask matured, Adela 15 Year Old Sherry Cask Matured and Bladnoch Bicentennial Release 29 year old Moscatel cask finish. We caught up with Savage at the distillery to ask him the questions everyone wanted to know.

Why leave Macallan for Bladnoch, a decidedly much smaller distillery?

You can’t choose when opportunities arrive, but when they do, you have to make tough decisions. The opportunity with Bladnoch came a while after we launched the new distillery at the Macallan, as I was focused on contributing to this historical year for the brand, because you have to deliver first and foremost before any opportunities come. The Macallan has obviously produced some amazing whiskies and sits within the luxury consumer categories. Bladnoch has a similar desire for quality with David’s acquisition in 2015 and the reinvention of the distillery in the past few years. Combine this with the scarcity of Lowland malts in comparison to Highland and Speyside, and I saw a huge opportunity to be part of another important story in the Scotch whisky industry.

One thing is very similar and that’s the approach to producing quality whiskies. If Bladnoch had a volume and cost approach (to the business) I wouldn’t have joined, but the drive for quality is the same as at the Macallan, and that, combined with the ability to do this in a much smaller, craft-like scale, is what drew me to the distillery.

How many people are working at Bladnoch, compared with the number of employees at Macallan?

Bladnoch currently employs around 20 people globally, however this will increase at the distillery, as our new visitor center has recently opened. Macallan obviously employs many thousands of people as part of the Edrington group, but the two are incomparable, as Bladnoch is operating at a much smaller, craft scale.

What changes are you making to Bladnoch’s current single malt whisky production?

Outside of the increased capacity for greater production, very few. Ian MacMillan, the former master distiller, had delivered an amazing distillery asset, both true to the historical nature but also flexible and efficient. This provides the basis from which we can not only produce exceptional whiskies in the classic style, but also innovate for the future.

Since reopening, the only real changes are in the age of the equipment, but the same teams are running the distillery who were here before, so we’ve maintained the decades of skills, knowledge and experience to ensure our craft.

What types of barrels are generally used for aging Bladnoch’s whiskies?

We lay down a combination of cask types, including multiple sherry variations such as PX and Oloroso, port pipes, new (virgin) oak, and ex-bourbon barrels. More than 95 percent of our casks are first fill, and we never use a cask more than twice.

Is the distillery producing any blended Scotch?

Within the Bladnoch Distillery Group we produce our blended Pure Scot, in both a signature style and a virgin oak finish.

What do you have up your sleeve for the future?

Over the next 12 to 18 months we are planning on evolving our current ages, together with new innovations to showcase a lot of Bladnoch’s history and principles. I can’t state more specifics at this point; however, there will be some amazing whiskies being released, including distillery exclusives.