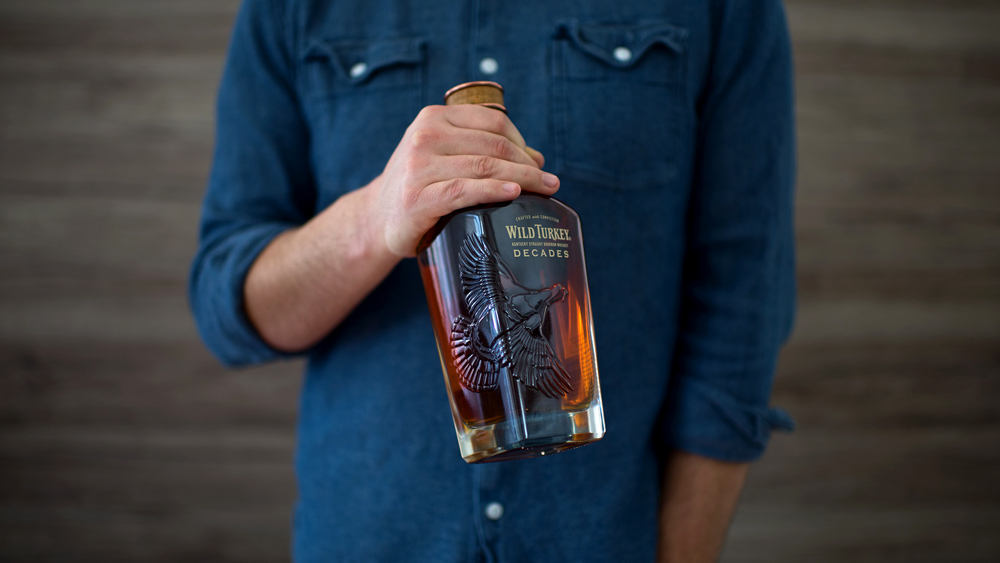 Eddie Russell is the Prince Charles of bourbon. Within the industry, he’s a legend—a member of the Kentucky Bourbon Hall of Fame and the current master distiller at Wild Turkey, where he’s worked since 1981. Still, he’ll never escape the shadow of his father, the even more legendary Jimmy Russell, who’s been with Wild Turkey since 1954 and is still going strong in his eighties.

Eddie has carved out his own niche at Wild Turkey in recent years, blending aged bourbons that his father, who’s spent his career dealing with younger whiskeys, probably deems too old. Eddie’s debut as master distiller for Wild Turkey Master’s Keep was a 17-year-old bourbon. His latest creation, Wild Turkey Decades ($150), is, at least in part, even older, containing a blend of bourbons aged 10 to 20 years. Keep in mind that a 20-year-old bourbon is nothing like a 20-year-old single malt. Bourbon ages more quickly than Scotch whisky, owing to Kentucky’s climate as well as bourbon’s use of new oak barrels, which impart more tannins—the compounds that impart whiskey with its spicy and woody notes.

It’s rare for a bourbon to age more than a decade without tasting like the inside of a barrel. But with Decades, Eddie Russell has pulled it off. The bourbon has its share of oak and peppery spice, but it retains the caramel and char notes of its younger Wild Turkey 101 siblings, along with lip-smacking dark-fruit notes (dried apple, plum, and fig) and a hint of menthol. Refined and elegant with a long, smooth finish, this bourbon has aged most gracefully.