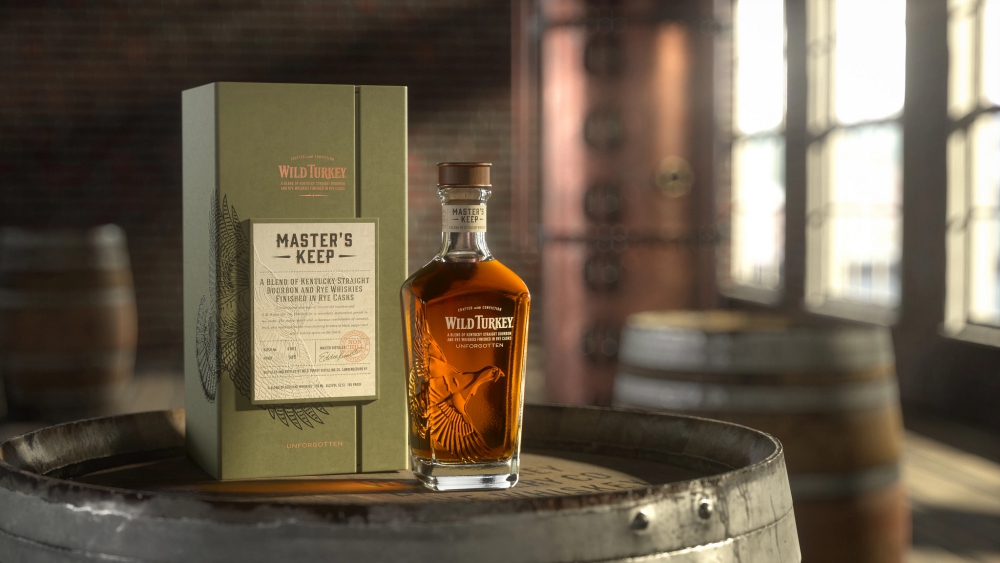 In an unanticipated unveiling today, Wild Turkey has unleashed a new whiskey onto the unsuspecting world with the unusual and unconventional moniker of Master’s Keep Unforgotten. Hopefully, this whiskey won’t be as unavailable as past Master’s Keep releases have been, but that seems unconceivable.

Okay, let’s close the Scrabble dictionary and talk about this particular whiskey. Wild Turkey tells the tale that this new release is the result of an accident that occurred more than a decade ago, when a worker mistakenly mixed young rye with mature bourbon. Master distiller Eddie Russell gave it a taste, followed by a thumbs up, and it entered the world as Forgiven. “Twelve years ago, I tasted the result of the distillery mishap that would become Wild Turkey Forgiven and was amazed,” he said in a statement. “It was unlike anything I had ever tasted before, and I knew we had stumbled upon something special. Master’s Keep Unforgotten pays homage to this happy accident, perfected with a secondary rye-barrel aging in our pre-Prohibition Rickhouse B—the favorite of my father, master distiller Jimmy Russell.”

Unforgotten is a blend of 13-year-old bourbon and eight-to-nine-year-old rye whiskey that is bottled at 105 proof (just a few degrees higher than the classic Wild Turkey 101). Tasting notes mention a fruit-forward whiskey with notes of caramel, honey, black pepper, dried fruit and oak on the palate. This is the seventh release in the rare, limited-edition Master’s Keep collection, which debuted in 2015 with the 17 Year. The SRP is $200 for Unforgotten, but expect to pay at least double that should you find it in the wild—current prices for past releases start at around $500 (The Wild Turkey Master’s Keep One we reviewed favorably last year can be purchased for nearly $600). And that’s just the unfiltered, unabashed truth that will likely also apply to Unforgotten.