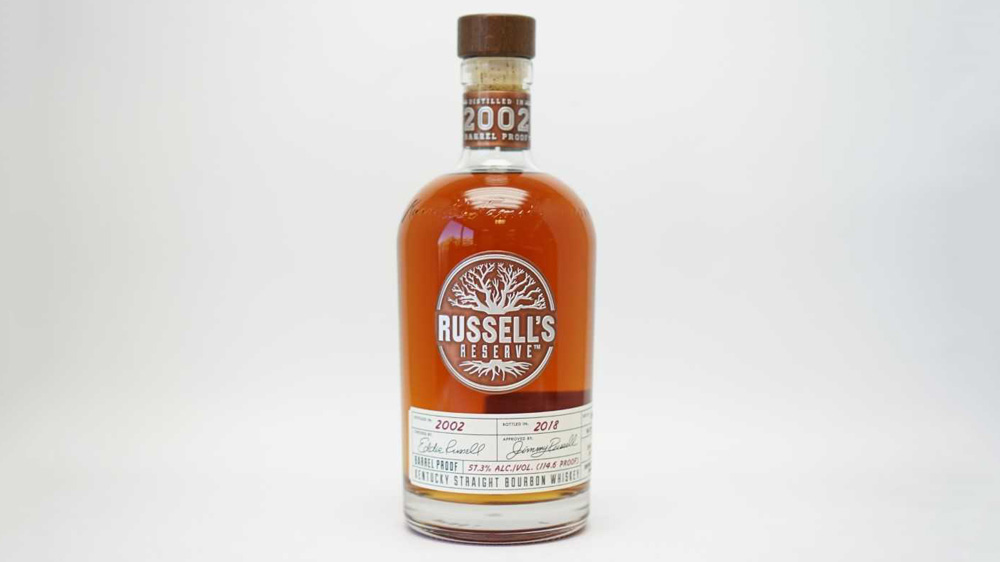 After nearly four decades in the liquor game, Wild Turkey master distiller Eddie Russell is still out to prove that he’s got a few tricks up his sleeve. The latest “unicorn” from the wily ole Kentucky Bourbon Hall of Famer is Russell’s Reserve 2002 ($250), a vintage release that represents the first non-chill filtered, barrel-proof bourbon in the specialty line’s history. An unprecedented gift, it is—in the immortal words of a certain down-home celebrity spokesperson—alright, alright, alright.

Chill filtering is a primarily cosmetic procedure in which the whiskey is cooled to 32 degrees in order to crystallize and remove fatty acids that can cause it to get foggy when served over ice—sort of like what can happen inside your head after a few too many whiskies. The thing is, some folks reckon that those “offending” compounds actually convey some genuinely pleasant characteristics to the whiskey’s nose, mouthfeel, and finish. Clearly, Eddie Russell thinks so, and he knows better than anyone. Other Russell’s Reserve bourbon expressions have been non-chill filtered, of course, but this is the first to be bottled at barrel proof.

The brand is billing the Reserve 2002 as a “sequel” to the 1998 vintage released in 2015 (it’s confusing, yes, but please try and keep up). Eddie Russell dropped the ’98 as a tribute to his legendary dad, Jimmy, who’s been making whiskey at Wild Turkey seemingly since the invention of distillation.

In Eddie’s learned opinion, the sweet spot for aging bourbon is normally eight to 12 years. He broke with tradition for the 2002 vintage, however, letting it rest a full decade and a half before blending. The end result, he proudly proclaimed, is exactly how he’d imagined it—a bouquet of stone fruits and oak with a hint of spice. The palate’s panoply of tantalizing flavors includes grapefruit, cocoa butter, and white pepper up front, followed by a cooling blast of mint and herbs. The finish is long and boasts notes of sweet milk and an array of tropical fruit.