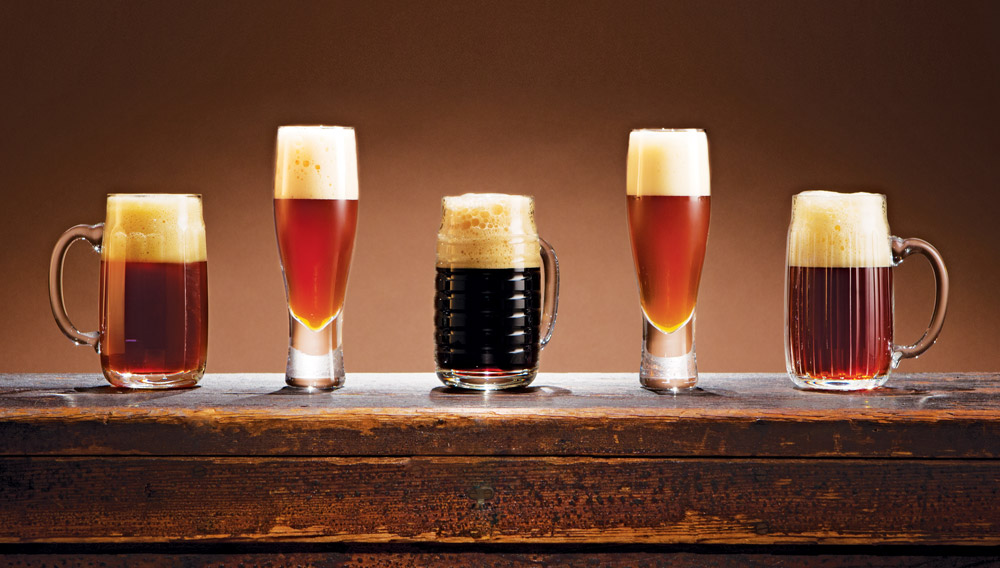 At the Judgment of Paris in 1976, a bottle of Chardonnay from the Napa Valley’s Chateau Montelena Winery famously defeated its French competition, opening the world’s eyes (and palates) to California wine. U.S. craft beer has not made such a dramatic entrance onto the world stage, but like California wine, which is not subject to regulations such as those of France’s Appellation d’origine contrôlée system, its emergence has been aided by the relative lawlessness surrounding its production in this country. Compared to Belgium, Germany, and other European countries where strict guidelines control the breweries, the United States is the Wild West of beer making.

Without stringent regulations, U.S. craft breweries—which the 72-year-old Brewers Association defines as primarily independent companies that produce fewer than six million barrels of beer per year—are free to experiment with old- and new-world techniques. In the last 20 years they have even invented several production methods that established European breweries are adopting. For example, the roughly 500-year-old German beer industry’s purity law, or Reinheitsgebot, was recently reinterpreted to allow for dry hopping—the method of adding hops to the beer after the wort has cooled. The method was originally developed in Europe, but it was revived in the United States.

In the 1990s, U.S. breweries resuscitated Europe’s ancient practice of aging beer in oak barrels. This technique was abandoned during the Industrial Revolution, when metal vats became the standard vessels for fermentation. Now what was once a necessity of the craft has become an art form, and U.S. breweries are making more varieties of beer using oak barrels than their European counterparts ever did, and they are doing so with a truly American sense of exploration. These experiments range from strong ales aged in new oak and second-fill bourbon casks to sour beers fermented with various strains of wild yeast, including Brettanomyces, and aged in old wine barrels.

Jim Koch, a cofounder and the brewer of the Boston Beer Company, which owns the Samuel Adams brand, was among the first U.S. brewers to revive this practice. “Aging beer in used spirits barrels seemed like an obvious, unique thing to do, and we were surprised that no one else was doing it,” he says. In 1994, the company released Samuel Adams’s Triple Bock (now out of production); it was one of the first barrel-aged production beers bottled in the United States in at least a generation. The Triple Bock was aged in casks from the Jack Daniel’s distillery that previously contained bourbon. “This type of aging imparts flavors to the finished product that you can’t get from normal fermentation,” Koch says.

In 2009, Samuel Adams launched its Barrel Room Collection, an assortment of beers blended with a Belgian-style ale that ages in Hungarian oak tuns. Among Samuel Adams’s barrel-aged beers is the annually released Utopias. Priced at $200 per 24-ounce bottle, it has an alcohol percentage above 20 and no carbonation, and drinks more like a cordial than a beer. The company produces Utopias and its other barrel-aged beers in minuscule quantities compared to its flagship Boston Lager. But while the brand has achieved considerable popularity in the last two decades, Koch says that all craft beer, including Boston Lager, accounts for only 7 percent of the U.S. market. Beers produced by Anheuser-Busch InBev (Budweiser, Corona, Stella Artois, and many others) and MillerCoors account for most of the remaining 93 percent. But Koch and brewers for other, smaller brands are hopeful that the popularity of full-flavored artisanal beers will continue to grow.

When Koch—a clean-shaven 64-year-old—founded his company in 1984, fewer than 100 breweries were operating in the United States. By the mid-1990s, that number had increased to about 1,500. Today there are some 2,500 breweries in the country. After Samuel Adams, the largest craft brands include Deschutes and Rogue Ales, both located in Oregon, and New Belgium in Fort Collins, Colo. Each of these three companies offers a limited number of barrel-aged beers.