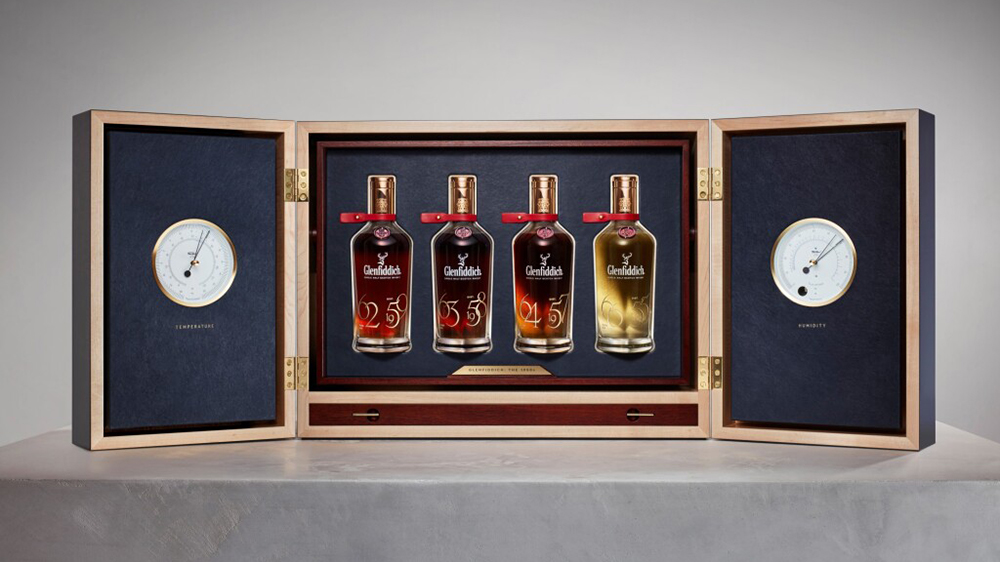 The minds behind The Balvenie and Glenfiddich want to make sure their best customers are taken care of.

The family-run company, which owns an array of premium spirits, has launched a new private collections division for VIP its clients. Quietly formed earlier this spring, the new initiative is an attempt by the group to better engage with (and sell directly to) its most discerning customers.

The new division will be like an ultra-exclusive wine club, only for high-end Scotch. Just 20 collectors have been invited to become private clients so far, reports Bloomberg News. There’s no fee to join but scarce invitations have been extended only by members of the William Grant & Sons family. The idea is that the clients will be granted special access to the group’s distilleries, its staff and its product. And access comes with some pretty nifty privileges, like asking for an custom bottling of any cask of whisky you wish.

“We’re not pushing for an immediate transaction. We have a sense of custodianship and a much longer time frame,” Jonathan Driver, the division’s managing director, told Bloomberg News. “The objective is really about a lengthy relationship with the client.”

The private clients division will make its official public debut at The Distiller’s One of One charity auction in Edinburgh on Dec. 3, which is being run by Sotheby’s. Scotland’s best distillers have donated special one-off bottles and sets for bid, with all proceeds going to good causes, including the Youth Action Fund, a charity run by Scotland’s distillery industry that seeks to help disadvantaged young people in the country.

Three of the lots are from William Grant & Sons distilleries, including a single bottle of Balvenie 56 Year Old 1964 that has a high estimate of $107,000 and a bottle of 1966 Lady Burn, which features a never-before seen David Bailey photo of John Lennon on its label, that could go for as much as $40,000. The highlight lot from the company, though, is a four-bottle set of Glenfiddich from the 1950s. The four expressions—1955, 1957, 1958 and 1959—represent some of the oldest reserves in the distillery’s stocks and the collection is expected to fetch up to $470,000.

Any way you look at it, it’s a good time to be a deep-pocketed lover of William Grant & Sons distilleries.