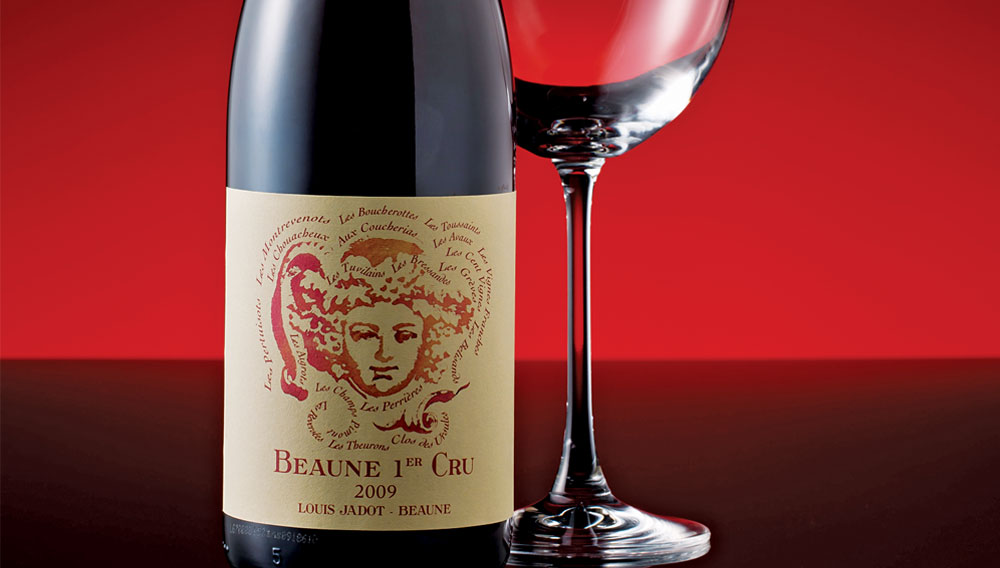 The past few years have been a period of milestones for Burgundy’s Maison Louis Jadot. In 2009, the venerable négociant completed the 150th harvest since its founding in 1859, and last fall, the fruits of this labor were released to the wine-drinking public. Though the range of wines that the house crafts throughout the Côte d’Or is virtually unmatched by any other producer, perhaps the most interesting example from this vintage is neither its rarest nor its most costly bottling: The Louis Jadot 2009 Beaune 1er Cru is, after all, a liquid embodiment of the firm’s past, present, and future.

“When I first started here in 1970, we still sold some bottles of the cuvée du centenaire, which was made for the 100th anniversary of Jadot, from 1859 to 1959,” says Jacques Lardière, who retired at the end of 2012 after 42 years as Jadot’s technical director. “So our idea was to produce something for this occasion to remember our roots and to show the harmony between the different vineyards.”

This limited-edition cuvée blends premier crus from 19 of the house’s finest plots in the Côte de Beaune, where the family of founder Louis Henry Denis Jadot first arrived in 1794. The wine represents a small but meaningful part of the oenological legacy of Lardière, one of Burgundy’s most admired winemakers. When he was in his early 20s, a mutual acquaintance introduced him to the managing director of Maison Louis Jadot, André Gagey, who hired him as a winemaker. Lardière immediately pressed for changes to the regimen of the white wines, for which the Côte de Beaune is best known. “In the 1970s, you saw a lot of producers like Robert Mondavi in California working very well with Chardonnay,” he says. “I explained to André Gagey that we have a great opportunity to do something very interesting. So, I think Jadot progressed through the whites at the beginning.”

Later, in the 1980s, as the house acquired a stronger presence in the Côte de Nuits, Lardière brought his formidable talents to bear on that region’s fabled red wines. Yet for the anniversary cuvée, he confined his attentions to vineyards surrounding Beaune, in keeping with the spirit of the 1959 bottling.

“We wanted to make a blend of Beaune premier crus, because Maison Louis Jadot was born there,” says Frédéric Barnier, who in January succeeded Lardière as technical director. “We own vines in 14 or 15 premier crus in Beaune, so it was very important to us to show that to the north and south of the village, it’s possible to have beautiful reds. The magic of the wine is that each element is very nice, but in the blend, you have something incredible.”

The Louis Jadot 2009 Beaune 1er Cru ($55) does indeed make a magical impression. From its radiant garnet surface arise scents of red currant, cherry lozenge, cinnamon, peony, and marzipan, while on the palate, essences of black cherry, boysenberry, dried orange peel, and clove unfold into a silky finish of splendid length.

The wine, however, has a special poignancy for Lardière, whose own relationships to vineyards and the people who tend them find expression in its nuances. “We have new life in Jadot,” he says, reflecting on Barnier’s new role and his own departure. “But it was a good idea to deliver this memory.”