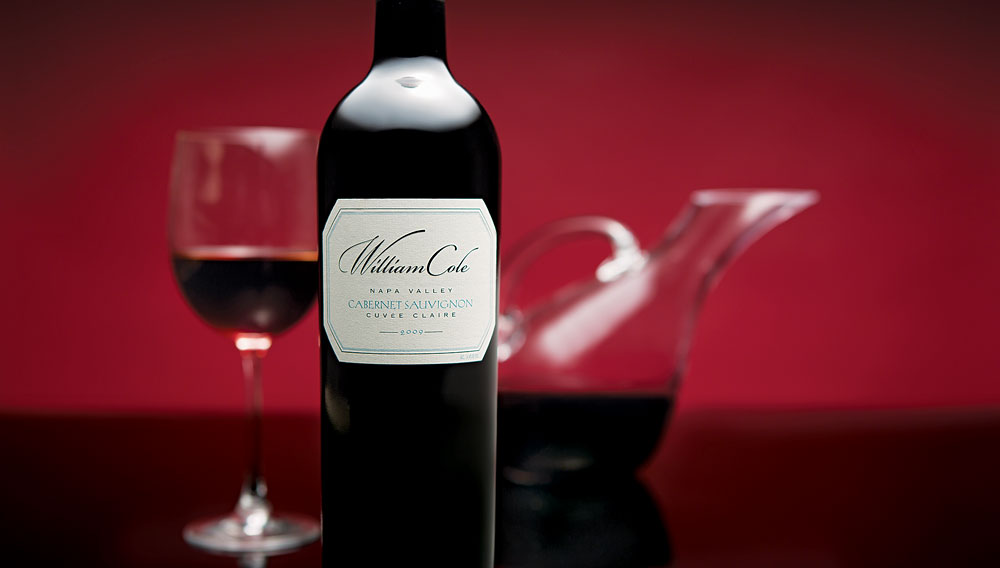 This is my Lamborghini,” says William Ballentine Jr. Such pronouncements are not entirely unheard of among vineyard owners in Napa Valley. Yet in this case, the vehicle in question is a mud-caked tractor perilously parked on a steep hillside. Like Ballentine, Ferruccio Lamborghini was the son of vintners; but unlike Ballentine, the founder of the fabled marque made his fortune by manufacturing farm equipment—not by tilling the soil himself. The owner of William Cole Vineyards in St. Helena, Calif., however, would never choose anything but a farmer’s life.

“My great-grandfather came to the valley in 1906 and started a winery,” he says. That establishment, Pocai Winery, was founded by Libero Pocai near the town of Calistoga. Similarly, his paternal grandfather, John Ballentine, built Deer Park Winery on Howell Mountain. Though these businesses closed during Prohibi­tion, both of them rebooted after the ban’s repeal and engaged the consulting services of the legendary winemaker André Tchelistcheff. Ballentine also gained an early education in his father’s cellar at Ballentine Vineyards. “I grew up making wine in those wineries,” he recalls.

During his successful stretch as winemaker at St. Clement Vineyards, he and his wife, Jane, began to search for property of their own. The parcel they discovered was as deeply rooted in the local history as his own family tree. Originally part of a much larger estate that John Weinberger and his wife, Hannah, purchased from Charles Krug in 1869, these five acres in the foothills of Spring Mountain came with not only impeccable terroir but also a ghost winery—Weinberger’s original stone structure from 1873. “[Weinberger] had a nursery business back East,” says Ballentine, “and he sold that for a sizable amount of money and made his way out West. In those days all the wineries were made out of wood, and a lot of them burned down. That was why he built his out of stone; so it was the first stone winery in the Napa Valley.”

Weinberger prospered from his annual production of 100,000 gallons of wine, yet his good fortune was fleeting. One of the cellar workers took a fancy to the vintner’s daughter, and the young couple yearned to marry. Wein­berger dismissed his worker, but in 1882, the banished beau returned and murdered his former employer. Charles Krug and the Beringer brothers were among the pallbearers, and “the funeral procession,” notes Ballentine, “was the biggest in the history of Napa Valley.”

These ties to the past proved a practical advantage and a personal boon when the Ballentines learned that the county no longer grants permits to new wineries with fewer than 10 acres of vineyards. The sole exception to this policy allows historic wineries to obtain special dispensations. The approval process took several years, but in 2004, the couple at last began operations in their newly renovated cellar.

Their label is named for Ballentine and his son, Cole, who plans to study oenology, while the wine that Ballentine crafts from his three acres of vines is called Cuvée Claire, after the couple’s daughter. These associations are especially appropriate, considering that the family lives in the stone building’s top two floors, which were converted into a spacious residence in the 1930s. This arrangement makes for a short daily commute for Ballentine, who chooses to retain no full-time cellar workers—a decision that has nothing to do with the former owner’s fate. “I am the only one who touches the wine,” he says. “I do all the winemaking and the vineyard work. I get some help twice a year—when we pick the grapes, and when we do bottling.”

His role as oenological auteur renders dramatic results. The 2009 Cuvée Claire ($175) shows the sure hand of an artist, its violet fragrance and forest fruit setting the mood, while elements of chocolate, charcoal, and mushroom play upon the palate. “That makes the wine interesting,” Ballentine says. “It’s evolving throughout the meal, from the moment the bottle is opened and it’s poured into a glass.”