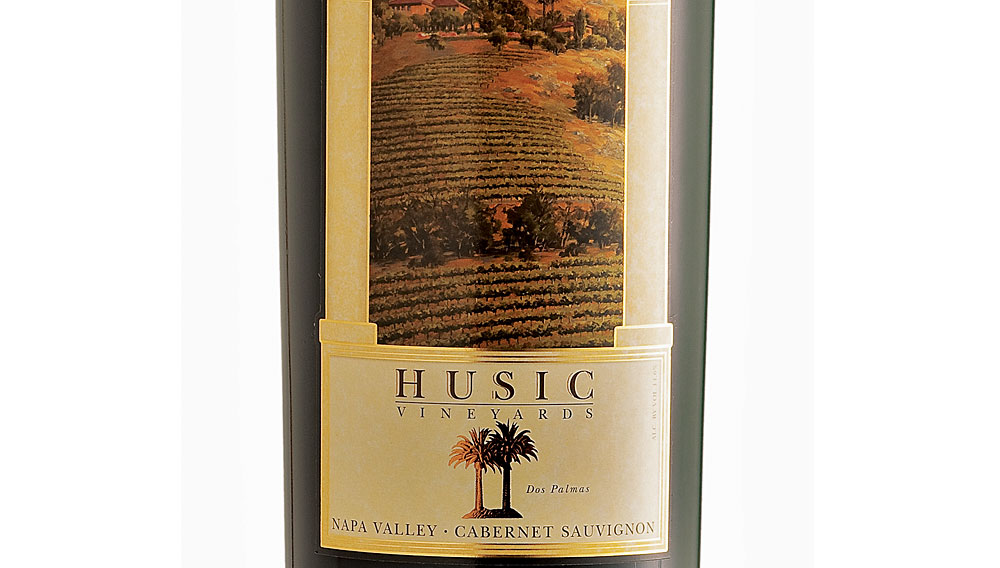 With any investment, timing is everything. Well-honed instincts have played a crucial role in the professional life of Frank Husic, founder and managing partner of Husic Capital Management. But the deal that transformed his life and that of his wife, Julie, was more a matter of accident than acumen. While looking for a home outside San Francisco, the couple happened upon a 120-acre property on a steep hillside in the Stags Leap region of Napa Valley. “That was in 1995,” says Frank, “and no one was really looking for property. That was a very difficult time in California. Now, Napa has become very popular. It was lucky that we got in then.”

With spectacular panoramic views, the estate was precisely the type of setting the Husics had envisioned. But curiously, what appealed most to Frank was the land’s lack of history—unusual in a community prized for its colorful past. “We’re the first human beings to live on the land,” he says.

The tract’s proximity to some of Napa Valley’s greatest vineyards lodged in the Husics’ minds the same irresistible thought that has lured other newcomers into viticulture. “We started looking around,” says Julie, “and wondered what it would be like to grow some grapes.”

Before making their final decision, the couple resolved to conduct some inquiries in the neighborhood. “We learned right away that an anti-hill moratorium was about to be put in place,” says Julie. During the 1990s, the county’s board of supervisors, concerned about soil-erosion issues, enacted measures aimed at curbing the development of hillside vineyards. “We were told that no new hillside vineyards would be permitted. So that kicked us into gear. If we wanted to do it, we had to do it right away.”

After closing on the property, the Husics retained viticulturist Jim Barbour as their consultant. Barbour—whose client list includes such revered labels as Amuse Bouche, Hundred Acre, and Grace Family Vineyards—immediately began mapping out a proposed 16 acres of primarily Cabernet Sauvignon vines. The terraced vineyards would start in the rocky soil at an elevation of about 900 feet and descend the hillside, maximizing the vines’ exposure to the sun during the day and the cooling breezes of the nearby Suisun Bay at night. This plan, however, was modified by the ever-watchful county authorities, who capped the size of the Husics’ vineyards at nine acres.

“Jim has quipped in the past that we vacuumed the dirt from the 120 acres and put it on the nine, and we still don’t have enough,” says Frank. “But the grape world is a masochistic one: The more stressed the vines are, the better they are.”

Indeed, from this austerity, splendor emerges. Like the inaugural 2001 vintage, the Husic Vineyards 2006 Cabernet Sauvignon ($110) displays the solid structure and firm tannins that only the long ripening season of a hillside vineyard yields. Atop this foundation are layers of flavor that progress from blackberry, cassis, and earthy chocolate to sandalwood, peppery tobacco, black coffee, and dried fig.

Despite its brief history, the Husics’ Cabernet Sauvignon is already regarded in wine-collecting circles as a trophy wine of first-growth quality. However, the couple’s pride in the beauty of their wines is surpassed by their sense of good fortune in having acquired such a rare plot of land on which to live. “We got in just before the bell,” says Julie. “We may actually have been the last hillside property,” adds Frank. If this is true, then their vineyard, if not historic, has certainly made history.