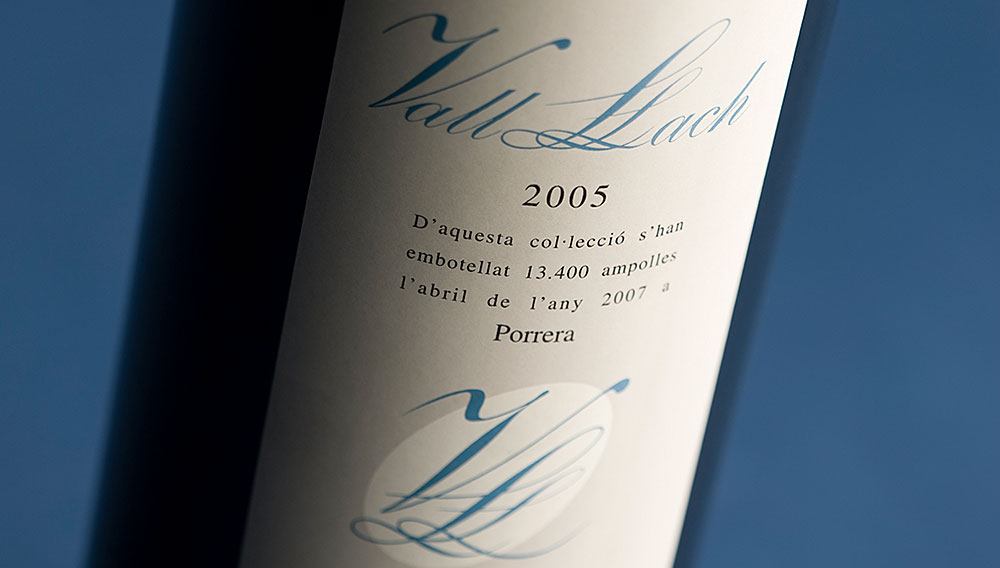 That anything liquid should issue from Priorat seems to the first-time visitor an unlikely prospect. Despite this Catalonian region’s two rivers, the Montsant and Siruana, its arid terrain of jagged peaks, rugged mesas, and dusty slopes is prone to drought. Yet, in 1994, Priorat ran to the opposite extreme when one of its towns, Porrera, suffered a devastating flood.

“The severe flooding really destroyed almost all of the town and a lot of the vines,” says Catalan songwriter and singer Lluís Llach through a translator. “There was a severe economic depression. I thought about what I could do to bring life back into the town and to boost the economy. My friend Enric Costa and I decided to found a winery there. And so,” he adds wryly, “Celler Vall Llach was born out of an excess of water.”

Rather than locate their new winery outside the village, the two friends decided to integrate their business into the community. La Final—an ancient edifice that is also one of the region’s oldest winemaking facilities—seemed an ideal location, but the disaster had left it in shambles. Llach and Costa met with a number of citizens to ascertain whether the structure could be profitably converted into a modern winery. “We asked them for their acceptance,” says Llach. “We did not want to build the winery outside the town, like strangers would. We wanted to build up the building, just like we wanted to build up the hope and the spirit of the town.”

Llach’s concern for the people of Priorat stems from his own roots in the area: His mother was born not far from Porrera. Although the celebrated singer—who has been described as the Spanish Frank Sinatra—and his friend, a notary by profession, had no background in winemaking, they were admirers of vintners such as Alvaro Palacios and René Barbier of Clos Mogador, who were determined to make wines of superior quality and so restore the region’s lost tradition. Priorat takes its name from the prior of the local Carthusian monastery, Scala Dei, who introduced viticulture in the 12th century to his sovereign territory, or priorato, which encompassed seven villages. These vineyards flourished until the end of the 19th century, when phylloxera infestation destroyed many of the vines and drove away much of the population. Those who remained replanted a comparatively modest number of vineyards with the native Cariñena and Garnacha vines that—along with more recently planted international grapes including Cabernet Sauvignon, Merlot, and Syrah—define the style of the Priorat wines we know today. Llach and Costa understood that having access to old-vine Cariñena and Garnacha was essential.

Fortunately, the men secured grapes from several vineyards near Torroja and Porrera that were planted at the turn of the 20th century. Many of these vines, now almost 100 years old, form the core of Celler Vall Llach’s flagship wine, Vall Llach ($85), which never contains less than 55 percent Cariñena. Combining 63 percent Cariñena with 24 percent Merlot and 13 percent Cabernet Sauvignon, the 2005 vintage is a magnificent mélange of brambleberry, dark chocolate, dried sage, and star anise; yet at the heart of this massive red lies the earth. “What makes this old-vine Cariñena so special is its unique ability to express the minerality in the wines,” says Llach. “The slate soil is the true maestro. We simply translate that landscape and put it into bottles.”