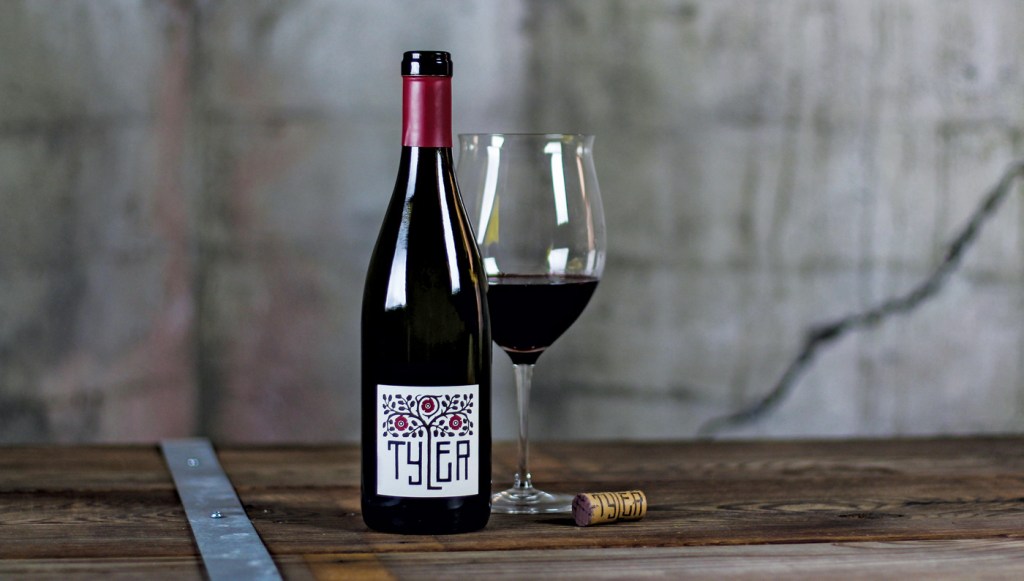 Master sommelier Ian Cauble founded SommSelect to serve collectors who are more interested in laying down wines to drink than saving them for auction. Here, Cauble shares insights on under-explored regions, cellar-worthy wines that pay dividends in complexity and taste, and trophy bottlings that may disappoint.

In 2014, Ian Cauble and Brandon Carneiro decided to give their dreams the old college try. Classmates at Sonoma State University in Northern California, they found themselves in separate parts of the wine business, yet each had a desire to do something on his own—something that met a specific need in the marketplace.

Ten years after graduation, Cauble—who was working at the time as a sommelier at a renowned restaurant in Las Vegas—gained a degree of notoriety through his appearance in the documentary Somm, which traces the experiences of several hopefuls preparing for their master-sommelier exam. (Cauble passed in 2012.) Carneiro, an economics major in college, had completed his MBA and was employed in fine-wine sales during this period. Together they founded SommSelect, an online wine service that, on a daily basis, offers new wines they have uncovered—often from out-of-the-way places. Customers may purchase wines individually or receive curated selections in a single shipment. Cauble con-centrates on the wine choices while Carneiro runs operations, although they often taste together. “People have said that one of us is the right brain and the other the left brain,” notes Carneiro, touching upon the two critical aspects of wine collecting: art and business. With this in mind, we asked Cauble which regions and producers he recommends that contemporary collectors include in their cellars—particularly those who measure the return on their investment in terms of pleasure rather than dollars.

Along with practiced collectors, SommSelect has great appeal to consumers who are just starting to collect. What general advice do you give them?

I tell people just to try everything. But they should remember that their palates will change as they drink more. There is the saying that you start liking fruit and end up liking earth, which means that most drinkers are first impressed with a wine’s fruitiness, but their palate grows to appreciate the savory notes, the earthy side of wine. A handful of fruit with a handful of dirt in the glass is one way to look at it.

How does this advice apply practically to collecting?

It’s important when you’re getting started not to buy too much of any one wine, no matter how much you love it. Your tastes change and develop. There were people who bought lots of big California Cabernet Sauvignons at the beginning of the 2000s, and today they are trying to get rid of them because this isn’t what they want to drink now.

That addresses taste. What about price?

Remember, value doesn’t just mean inexpensive wines. You can have wines that have value at all price levels. A wine that costs over $100 can still over-deliver quality for the price. For example, Bernard Levet makes some great Côte-Rôties at about $60, which have great quality-to-price value and will be absolutely stellar 8 to 10 years after the vintage.

When you’re thinking about value wines today, what comes up at the top of your list?

My first thought is Beaujolais, technically in southern Burgundy. They have some incredible values—Cru Beaujolais wines for around $25 a bottle that will be aging beautifully in 10 years. Some good producers are Jean Foillard and Jean-Louis Dutraive. Staying in France, in the northern Rhône you have Crozes-Hermitage, which has some great producers, such as Domaine Combier, which produces the amazing Clos de Grives. There are also good values in Saint-Joseph and in Cornas. These are age-worthy wines [from the Syrah grape] that need a decade to reach their peak; then they are incredible!

Collectors who like to invest have traditionally flocked to Bordeaux. Can you still find value wines there for collecting?

There are so many good producers in Bordeaux that you can always find good values—for example, Château La Peyre in Saint-Estèphe or Château Moulin de Tricot in Margaux. You should also look for good value in the second wines of the classified-growth producers, which many people find more approachable than the estate wines for early drinking. One of my favorites is La Dame de Montrose, the second wine of Château Montrose in Saint-Estèphe.

I like the wines of Sicily a lot, particularly the reds from Mount Etna. There are many very interesting, very good wines there at affordable prices. Also, in southern Italy you have some great wines being made with the Aglianico grape, which is sometimes called the Nebbiolo of the South, in places such as the Taurasi appellation in Campania. Some of the wines of Mastroberardino age incredibly well, particularly the Radici. But I also like the wines of northern Italy, located north of Barolo and Barbaresco in northern Piedmont. Like Barolo, they are made with Nebbiolo, but they cost less. Look for Boca, Lessona, Bramaterra, and Gattinara for amazing values.

What do you like in New World wines? Is Australia back from the doldrums?

I love Australian wines—some incredible wineries, a lot like California in the many styles produced. I love drinking Henschke’s Hill of Grace or Penfolds Grange. But there is not a huge demand these days for Australian wines in my world. Chile has some good values, especially with producers like Montes; their Purple Angel, made from old Carménère vines, is lovely and one of my favorite wines from the Southern Hemisphere. There are some incredible red wines being made in Chile, but unfortunately, you may have to pay a lot for them.

There are so many great wines produced these days. I like the Sandhi wines produced by Rajat Parr [a sommelier turned wine producer], and Kutch and Wind Gap wines in Sonoma are relatively undervalued. You should also look at Tyler Winery in Santa Barbara. One of my big favorites is Mayacamas in Napa Valley, whose wines are atypical of other Napa Cabernets, which are often very dense and rich. When the reds from Mayacamas hit their peak, which is often 20-plus years in bottle, they are deeply moving wines on par with the greatest in Bordeaux.

What do you like in the United States apart from the West Coast?

I don’t get to drink that many wines from the East Coast, but I do know they make some very good Rieslings in the Finger Lakes area. In fact, I have rated Hermann J. Wiemer’s Riesling as one of the top five white wines domestically.

Do you recommend collecting white wines for aging?

Yes, but you must be careful which appellations and vintages you purchase. Even with white Burgundies, such vintages as 2003, 2006, and 2009 are not going to age as well as some others because warmer weather at harvest caused higher sugars and lower acids, which typically makes for a wine which will drink earlier during its lifetime, say 4 to 8 years. There are always exceptions.

In addition to recommending wines, what other advice do you give your customers?

We give lots of information every day about every single wine we offer. We tell why we love it, how it is made, the history of the winery, our tasting notes, decanting instructions, how it will age, service and glassware advice, food pairings, and so on.

At some point, most collectors begin thinking about the value of their collection. Is wine still a good investment financially as well as aesthetically?

The odds are very high that you can make money as a collector of blue-chip wines, such as first-growth Bordeaux and some seconds, as well as the top wines of the Right Bank. But you can’t make as much as you used to decades ago, because the wines are now sold at a much higher price than they once were, leaving less potential profit for the collector. Wine can be a very good investment, but you must make smart decisions and buy from the correct sources, as it can be dangerous—potentially buying fake wines—if you don’t.