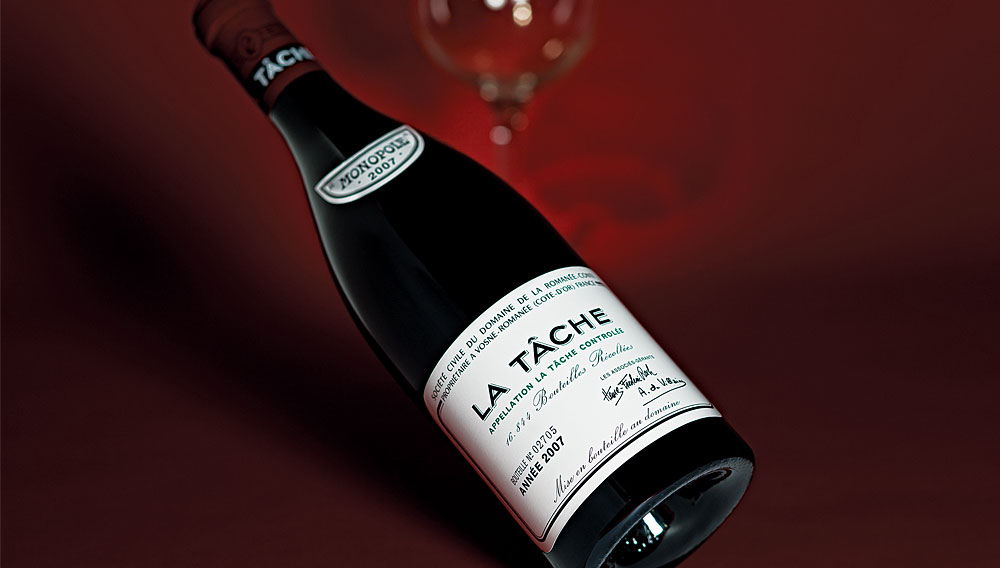 To look at the most fabled vineyard in the world, one would never guess that this modest yet meticulously cultivated plot of roughly 4.5 acres enjoys such a romantic past. Originally owned in the 13th century by the Benedictine monks of the Abbey of Saint-Vivant, the property fell into a series of secular hands over the next three centuries, most notably those of the de Croonembourg family, who in turn sold it to a member of the French royal house, François-Louis de Bourbon, prince de Conti, from whom it gets its name. The royal association is appropriate, given that the wines from this small monopole (a vineyard composing an entire appellation owned by a single vintner) have historically fetched king’s ransoms at auction.

This red Burgundy’s legendary reputation has been further enhanced by the stewardship of the current owners, the de Villaine and Leroy families, who have carefully refined their viticultural practices in the flagship vineyard and in the house’s six other grands crus. Codirectors Aubert de Villaine and Henry-Frédéric Roch have gradually applied biodynamic farming principles to all of their properties, which include holdings in Échézeaux, Grands Échézeaux, Romanée-Saint-Vivant, Richebourg, and Montrachet, as well as a second monopole, La Tâche. Their goal as vignerons is to interfere as little as possible with the natural relationship between plant and soil to achieve perfect balance in the fruit.

Of course, this laissez-faire approach has its risks—especially in a vintage like 2007. The conditions began favorably, with summerlike heat in April and expectations of a dry growing season, but, as de Villaine observes, “the climate imposes its will.” In May, winds from the west and south brought wet weather that encouraged the development of mildew and botrytis and diminished the harvest’s prospects. Fortunately, nature’s will softened in August, when the north wind began to blow, drying up the botrytis and concentrating the grapes’ tannins and acidity. “At five o’clock, we thought we had lost the battle; but by seven o’clock, we had won,” says de Villaine of the reversal, noting that this sudden improvement of conditions at the end of the season is one of the blessings Burgundy occasionally bestows. “Even to us, the vignerons,” he says, “this extraordinary ability seems at times to partake of the miraculous.”

So, too, do the finished wines released earlier this year. Particularly from the Domaine’s two monopoles, Pinot Noir of musical grace emerged during that awkward summer. The 2007 Romanée-Conti (priced on release from an estimated $2,875 to $3,430 per bottle, depending on the market) displays tremendous depth, both in its dark garnet color and its pure nose of violets, rose petals, and sweet smoke. The texture is silky, and the palate presents a progression of playful flavors: cherry lozenge, rhubarb, red apple, wild mushroom, white pepper, and vanilla. Like its sister wine, the 2007 La Tâche (priced on release from an estimated $875 to $1,040 per bottle) gives off a perfume of rose and violets, but its body is more fleshy and powerful, while its profile shifts pleasantly yet capriciously from red fruit—raspberry, strawberry, and pomegranate—to more savory essences of grilled bread and licorice. These whimsical segues do not surprise de Villaine. “The 2005 vintage,” he says, “has the force of a symphony; 2006 is like chamber music; but 2007 is as elusive as a jazz improvisation.”