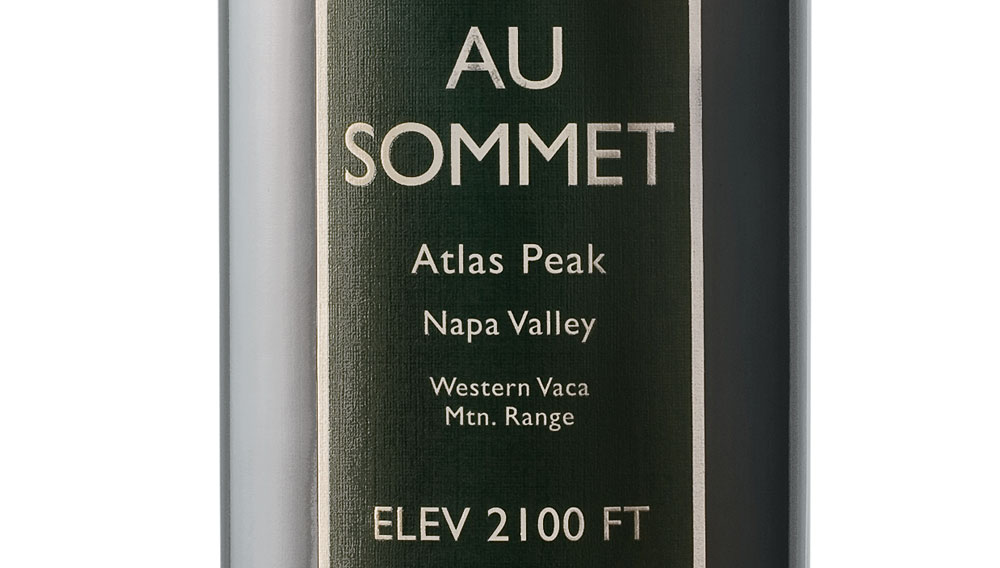 Architecture and ambience have long played critical roles in marketing the world’s great wine regions. In past centuries, the denizens of Bordeaux, for instance, erected neoclassical châteaux among their meticulously tended vineyards to advertise the character and quality of their wines, while today, in California, vintners mark their estates with postmodern pavilions or imposing stone villas. Yet one important property in Napa Valley—a 45-acre estate where the region’s most celebrated winemaker produces an extraordinary new Cabernet Sauvignon—boasts no majestic edifices; all that visitors will find among the rows of vines is a herd of roaming sheep.

“It is my primary residence,” says John Schwartz of his remote property, which is located at an elevation of 2,100 feet on Atlas Peak and affords views of San Francisco to the south, Lake Tahoe to the east, and the Napa Valley floor to the west. “But it’s also a working ranch. We have 400 animals up there, and it’s crazy. We have sheep up there that are tending to the Petit Verdot and the Cabernet.”

These vines, rather than the spectacular vistas, drew the restaurateur and vintner to this parcel of land when he began searching for a site. At the time, seven acres were already planted with 10-year-old Cabernet Sauvignon and one acre with Petit Verdot, and Schwartz recognized their potential. After purchasing the ranch, he consulted with winemaker Heidi Barrett, his longtime friend and partner in Amuse Bouche, the highly prized Pomerol-style Napa Valley red wine. “The little vineyard was at the very top of the mountain, and I thought the quality was pretty terrific,” recalls Barrett. “And John said, ‘Here are these grapes. Let’s see what we can do.’ ”

She and Schwartz brought renowned viticulturist Jim Barbour into the project as a partner. “In an existing vineyard, you always uncover problems, because you didn’t plan it yourself,” says Barbour. The vines at the top of the vineyard were overwatered and too vigorous, while those in the lower block had received almost no water at all. During the 2008 growing season, Barbour cut the water supply to the upper block and reduced the number of grape clusters on each vine to achieve greater concentration in the fruit that remained.

“The sections of Cab have some of the tiniest berries I’ve ever seen,” says Barrett. “They’re pretty much skin wrapped around a seed in some cases—very concentrated. But the Petit Verdot is definitely a standout. It’s the heart and soul of the blend.”

Schwartz named this wine from his bucolic homestead Au Sommet (“to the very top”), a reference not only to the vineyard’s lofty elevation but also to the caliber of fruit Barrett and Barbour coaxed from its sheep-strewn rows. However, the 2008 vintage ($750 per three-bottle case) is anything but rustic. The 2 percent Petit Verdot in the blend softens the powerful Cabernet Sauvignon, imbuing the ink-dark wine with its satiny texture. Flavors of wild blackberry, stewed black cherry, allspice, cedar, and sarsaparilla overlay a profound structure as solid and symmetrical as the finest neoclassical château. “It’s got great balance and is made in that Bordeaux style with layers of fruit and spice,” says Schwartz, who likens the depth and color of the forthcoming 2009 vintage (to be offered as futures in April) to those of the very best wines of 2002 and 2007. Yet the bounty of his acreage does not stop with these remarkable releases. His ranch also yields the perfect accompaniment to a glass of Au Sommet: “We make eight pounds of goat cheese a day out here,” Schwartz says.