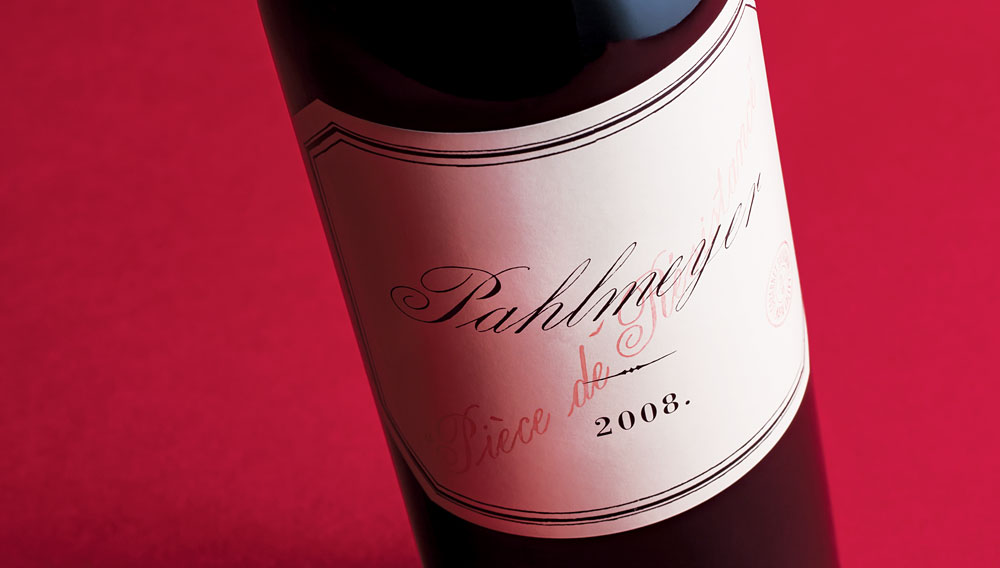 “When one does something,” wrote Gustave Flaubert, “one must do it wholly and well. Those bastard existences where you sell suet all day and write poetry at night are made for mediocre minds.” Such compromise—and the mediocrity it engenders—is as distasteful to Jayson Pahlmeyer as it was to the 19th-century master of French letters, who also observed that inside every public notary can be found the shattered pieces of a would-be poet. In Pahlmeyer, however, a former contract attorney, the poet—or creator of liquid poetry—always remained intact. “I was spending more time reading wine journals than law journals,” he confesses. “I was devouring everything, including French viticulture books, which my wife, an interpreter, translated to English.”

Naturally, this unsentimental education involved the consumption of wine as well as texts. “I took extensive notes for my own edification,” he says. “I’ve got binders and binders of these notes. I developed an expert palate. With French wines, I could guess the appellation and the vineyard sources.”

At one wine-club gathering, this extensive knowledge proved to be more than its own reward. One of the attendees belonged to a family that owned land in the Napa Valley, and Pahlmeyer entered into a partnership to develop a 50-acre parcel, which would furnish him with the opportunity to realize his ambition of producing a California red wine similar in profile to Château Mouton-Rothschild.

To achieve his aim, Pahlmeyer admits to thwarting the law he had so diligently studied. “I smuggled in French clones,” he says. “I wanted the best I could get—the best Merlot, Malbec, Petit Verdot.” Though this furtive operation was uncovered by the authorities, when officials came to collect the contraband cuttings, they were instead given ones from the University of California, Davis, leaving most of the illicit cache in Pahlmeyer’s possession.

Fortune also favored Pahlmeyer’s boldness in his choice of winemaker. During his first harvest in 1986, Randy Dunn, who is widely credited with establishing Napa’s lofty reputation for fine reds, approached him about purchasing fruit from the vineyard. “I said, ‘Randy, I am flattered,’ ” Pahlmeyer recalls, “ ‘but I don’t just want to be a grower; I want to be awinemaker as well.’ ” In exchange for the sale of grapes,Dunn agreed to make 400 cases of Pahlmeyer’s first Proprietary Red, which received an impressive 94-point score from Robert M. Parker. In the years following, as production expanded to more than 4,000 cases, Pahlmeyer’s restless mind gradually pivoted toward a new possibility. “When you get to that size,” he says, “if you take two or three barrels out of the Proprietary Red, it will be imperceptible. I wanted to show the world that we could also make a cult wine—a great, great wine.”

Introduced with the 2004 vintage, Pièce de Résistance has since been discreetly sold to Pahlmeyer’s allocation list; yet the soon-to-be released 2009 vintage ($300) makes a tantalizing argument for pursuing a bottle. On the nose, this impenetrably purple blend reveals scented layers of boysenberry, toffee, sandalwood, and dried rose petal, while on the palate, its black fruit detonates, firing off brilliant traces of black fig, blood orange, salted caramel, and spiced apple cider. “Put simply, this wine is just a lot more. It’s richer; it’s fuller bodied; it’s more unctuous. It’s everything taken to the nth degree,” notes Pahlmeyer, assured—as are all who sip it—that this pourable form of poetry is well andwholly done.