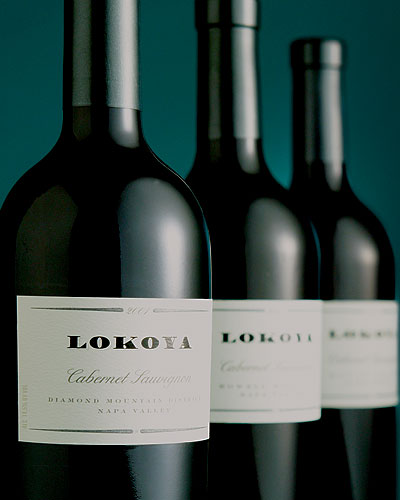 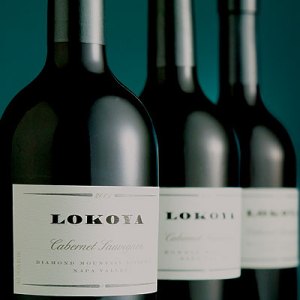 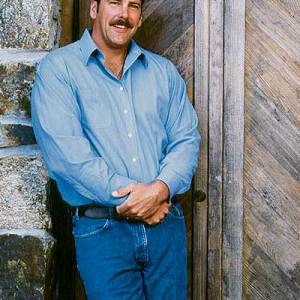 Every premier winery has its signature, its hallmark. Silver Oak can point to its iconic water tower, Chateau Montelena to the intricate neo-Gothic facade of its historic winery. A postmodern pavilion atop its knoll in Oakville, Calif., proclaims Opus One’s presence—not to mention its Rothschild affiliation. But Lokoya, one of the region’s most remarkable boutique producers, has only its three remote mountain vineyards—and winemaker Chris Carpenter.

This combination of man and soil—though perhaps lacking the pomp and presence of an architectural centerpiece—has won for this relatively fledgling label a loyal following among restaurants and collectors with a passion and taste for Cabernet Sauvignon in the truest Californian style: wines of a depth, richness, intensity, subtlety, and structure unique to the mountainsides and benchlands of Napa Valley. Established in 1995 by Jess Jackson, founder of Kendall-Jackson, Lokoya is one of the more recent additions to the family-owned Artisans and Estates portfolio of vineyards that also includes, among others, Hartford Court, Vérité, Atalon, and Cardinale, whose winery and winemaker Lokoya shares. But if Jackson is the impresario whose career-long interest in the advantages of mountain and hillside sites led him to discover the distinctive basso profundo qualities that distinguish Lokoya’s three vineyards, then Carpenter is the maestro under whose tutelage this trio has realized its powerful potential to sing.

Carpenter holds an M.B.A. from the University of Illinois at Chicago and a master’s degree in enology from the University of California at Davis, and also interests himself in subjects ranging from history and literature to the culinary arts. The contrasting sides of Carpenter’s own personality are as distinct as the two labels for which he is responsible. While Cardinale—a refined Bordeaux-style blend with a silky, sultry texture—speaks to his more cerebral facets, Lokoya’s Cabernets brim with the Chicago native’s sense of adventure, his love of nature and the outdoors, and his engaging enthusiasm. Even his burly 6-foot-5 frame and soft baritone suggest the power and timbre with which he infuses Lokoya’s wines—wines that, he quietly admits, are his personal favorites to make, in part because of the technical and creative challenges posed by single-vineyard Cabernet.

The great thing about making these wines,” he muses, “is that there are so many variables. You have the weather, the soil. And then you have the factors in the winery. We’ve switched to modified Burgundy-meets-Bordelaise tanks from France, for example. But there, they use close-topped tanks, because they don’t have a lot of alcohol in their wines, whereas we have too much. So we opened up the tops of the tanks, allowing the alcohol to regulate naturally. We try to take advantage of everything we know about our property and our fruit. We really try to embrace all of those variables.”

The influences of the climate, soil, and conditions of a specific place on the flavor and character of the wine—the terroir—form essential components of Lokoya’s three distinct appellations. The label takes its name from the sobriquet bestowed by the Wappo people (Napa’s original inhabitants) on a particular spot that lies between two ridges atop Mount Veeder, near one of the vineyards; the most accurate English translation is “goose crossing,” according to Carpenter. “The nearest sense we can make of this is that these early people observed the geese migrating to and from the valley from this vantage,” he explains. “We still see them there today.”

Lokoya’s other two vineyards are located on Howell and Diamond Mountains. The single-vineyard Cabernet harvested from each of these properties reflects its own distinct environs. The Veeder Peak Vineyard consists of eastward-facing rows planted in sandy, rocky loam that covers subsoil of volcanic ash. Two heat spikes in the 2001 vintage occurred at the optimum time to elevate the flavors of this parcel, notes Carpenter. The just-released 2001 Mount Veeder—typified by black fruit and tremendous tannins—offers a nose redolent with Christmas-cake spices that blend on the palate with black cherry laced with persimmon and a touch of mint. The cool temperatures and rocky soil of the Keyes Vineyard on Howell Mountain (renamed by Jackson for Gen. John Keyes, a Napa Valley pioneer and politician) also benefited from the 2001 heat spikes, yielding a cedar-nosed, cold-weather wine with vibrant currant, blueberry, and exotic spiced wood essences. Diamond Mountain’s Reverie Vineyard, the most consistent of the three, takes maximum advantage of its west-facing sun exposure. The result is a lusciously fruited Cabernet with sustained rounds of plum, black cherry, blackberry, and coffee.

Despite their apparently settled profiles, each of these exquisite bottlings continues to evolve, shifting, revealing new layers and nuances. “The variables apply as much in tasting the wine,” notes Carpenter, “as in making it. When you read the work of a gifted author, you keep going back to the text and seeing new things. When I read Thomas Wolfe, I really get a sense of North Carolina, the people, the rhythm of their language, their history. The more you read him, the more you feel as though he is speaking directly to you. That’s how I feel about the language of our wine: The more you go back to it, the more it will say.”