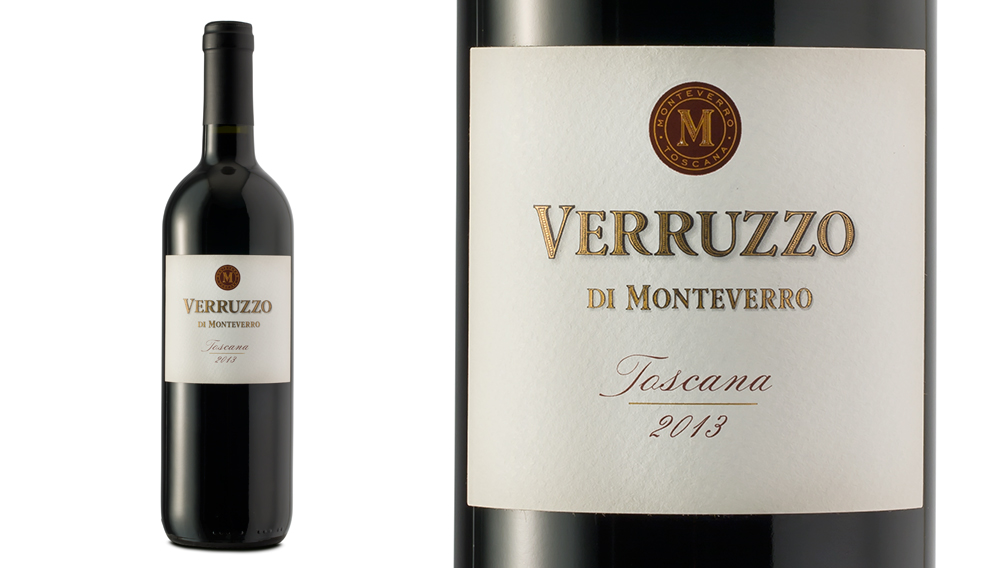 When Georg Weber took a sip of a Bordeaux premier grand cru classé one evening in the late 1990s, he had a change of heart—or rather, a change of career paths. As a student studying business management, Weber decided he wanted his business to be making wines, and not just any wines—ones that would live up to the standards of the Bordeaux, Burgundys, Syrahs, and Grenaches that had so deeply impacted him. When Weber finally stumbled across a plot of land near the sea in the small Tuscan region of Maremma in 2003, he saw potential and soon after began testing the soil to see if it could produce the quality of wine he sought. When the land passed the test, it did not take long for him and his wife Julia to begin planting roots in their newly established vineyard, Monteverro.

Since their first release in 2011, the husband-wife duo and their Monteverro family have released seven wines. A recent release is the Verruzzo di Monteverro 2013 Toscana ($29), made by the vineyard’s seasoned winemaker Matthieu Taunay. The Super Tuscan, Verruzzo (Italian for “small wild boar”), is blended with 40 percent Merlot, 25 percent Cabernet Franc, 25 percent Cabernet Sauvignon, and 10 percent Sangiovese and aged in stainless-steel tanks to produce a wild flavor, just as its name implies, but one that also lives up to Weber’s standards.

A robust wine with many complex layers, the Verruzzo 2013 hints at dark-fruit notes on the nose, and contains strong tannins and such flavors as currants and tomato stems on the palate. The wine pairs especially well with full-bodied, flavorful meals, such as a rich pasta dish and braised beef or veal. (monteverro.com)