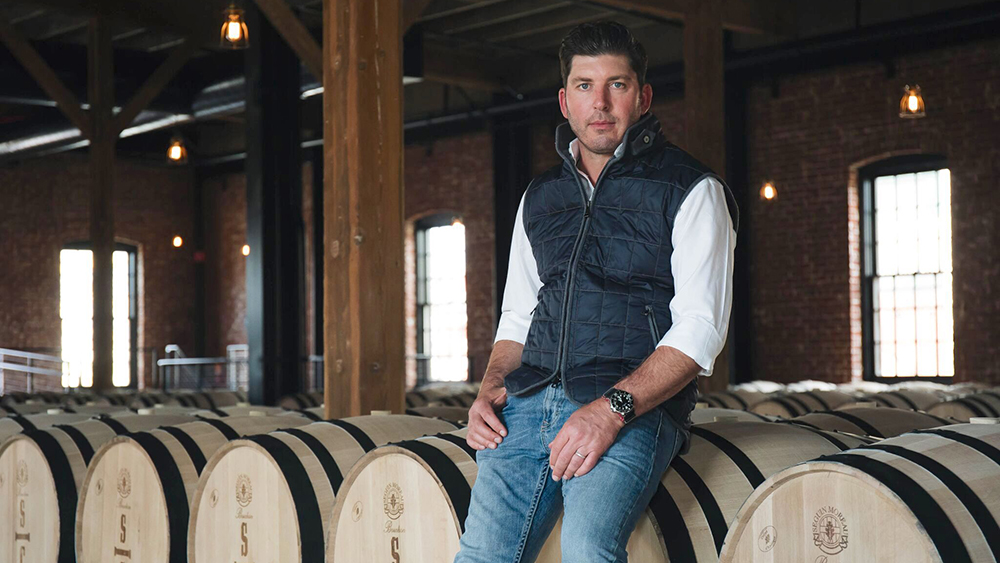 Dave Phinney, the man behind the now legendary Prisoner wine brand, is regarded as one of Napa’s most prolific winemakers. He is also considered one of the most creative—putting animated skeletons in your tasting room will have that effect—and, now, the innovative vintner is unshackling his ingenuity even further by turning his whiskey distillery into a makeshift hand sanitizer plant.

Savage & Cooke distillery spans 800 acres on Mare Island, about 23 miles northeast of San Fransisco. As the country’s first naval base on the Pacific Coast, Mare Island has a history of protecting the United States and is a fitting site for Phinney’s WWII-like mobilization. The distillery has completely halted production of its whiskey, bourbon and rye to focus fully on making hand sanitizer, which has sold out across the country since the outbreak of Covid-19.

Phinney estimates the distillery is capable of producing around 4.5 million ounces (35,000 gallons) of World Health Organization-approved hand sanitizer and is working toward making as much as possible.

“I feel that we have a social responsibility to do something because we are in a unique position to help,” Phinney tells Robb Report.

Indeed, distilleries are already equipped with the right tools and machinery to precisely blend and bottle the sanitizer, but the situation presents its own complications that Phinney and his staff are working to overcome.

“The difficulty is not the process; it’s the logistics and procurement of the ingredients and supplies,” says Phinney. “We have an additional challenge in that we typically do not produce alcohol off the still above 140 proof and the requirement is well above that so we are reworking our processes and systems to accommodate.”

Thankfully, their effort has not been bogged down by bureaucracy. Last week, the Alcohol and Tobacco Tax and Trade Bureau announced distillers would no longer need authorization to make ethanol-based hand sanitizers.

“It is amazing to see the cooperation of local, state and federal agencies who have cut through the red tape to make this all possible,” Phinney adds.

Phinney is not the only booze maker stepping up to the plate. Liquor businesses both large and small have started to heed the call.

Big players like Pernod Ricard—which owns global brands like Absolut Vodka and Jameson Irish Whisky—Tito’s and Bacardi have all announced plans to produce the gel. While a host of small-scale producers, such as Black Button Distilling, King’s County Distillery, New York’s Finger Lakes Distilling, Koval Distillery in Chicago and more, are also working to provide the essential sanitizer to their local communities. In fact, the American Craft Spirits Association said three in four of its distillery members are now producing alcohol for use as a disinfectant.

“I think that everyone is doing what they can at different levels. I know of a few [distilleries], and they are doing it quietly and discretely so that they do not get overwhelmed as the need is so widespread,” says Phinney.