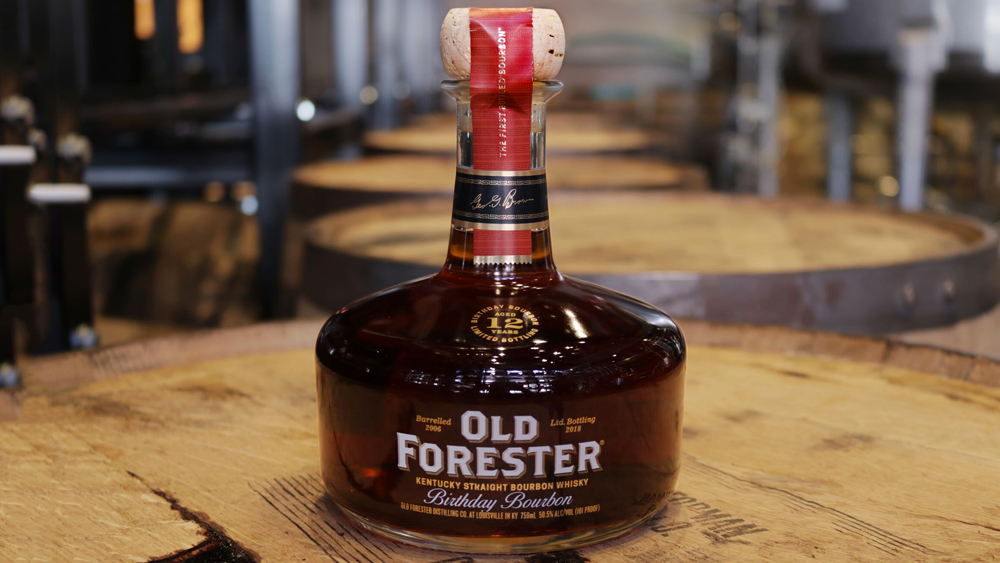 On Wednesday September 2, 1846, George Garvin Brown—one of the two founders of what would eventually become the giant whiskey conglomerate of Brown-Forman, was born. First as a pharmaceutical salesman and later as a celebrated Louisville whiskey merchant, he was one of the first to sell bourbon in glass bottles in order to insure its quality. In fact, Brown put his signature on every bottle as his personal guarantee of the bourbon’s purity. Prior to that, whiskey was primarily sold from barrels, and individuals filling their jugs were never quite sure what they were getting.

Brown changed all that, and when deciding what to call his bottled bourbon—which he sourced from three different distilleries—he decided to name it after Dr. William Forrester, a former pharmaceutical customer who also happened to be a noted Louisville surgeon. And thus, in 1870, Old Forester was born (for whatever reason, Brown dropped the second “r” when the doctor retired).

Needless to say, Old Forester was an immediate success, with numerous unsolicited endorsements coming from doctors. In fact, one early Old Forester advertisement was captioned “The Doctors Choice.” Small wonder Old Forester was one of only six bourbon distilleries permitted to remain open during Prohibition, so their whiskey could be made “for medicinal purposes.”

Selected from a single day’s production—June 9, 2006—and handcrafted by Master Distiller Chris Morris along with Master Taster Jackie Zykan, this twelve-year-old small batch bourbon possesses a character that will never be repeated. The bouquet is filled with thick, rich cedar and burnt cherries, while every sip abounds with caramel, toasted vanilla, dark chocolate and almonds.

The rarity of the 2018 Birthday Bourbon is further evidenced by the fact that of the original 120 barrels reserved for this year’s release, the “angels share” took a healthy sip. The total yield was just 39 percent of the original whiskey that had been aging, and five of the barrels ended up empty. It is only hoped that the spirit of George Garvin Brown managed to get his fair share.