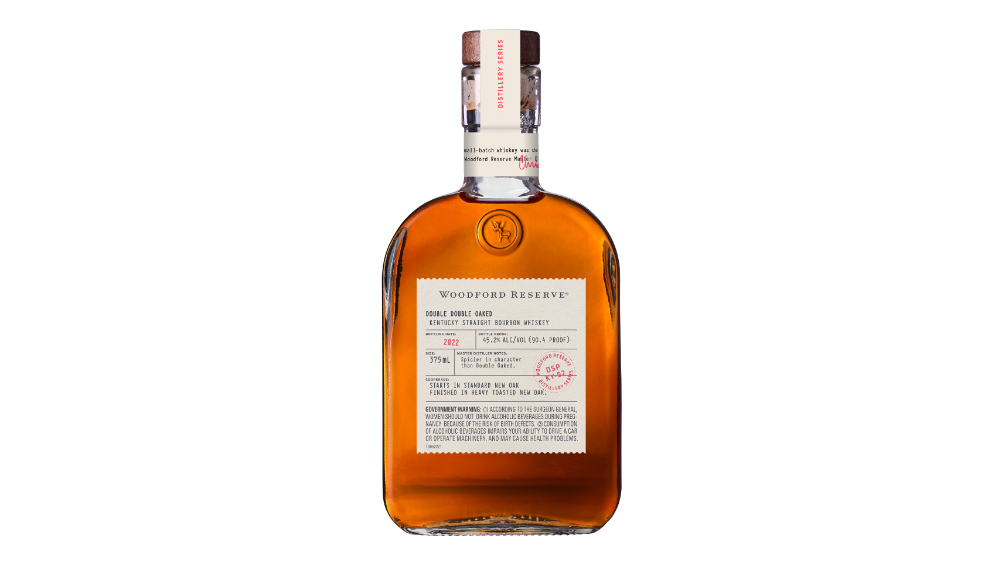 Kentucky distillery Woodford Reserve just announce the details of its new limited-edition Distillery Series bourbon, and this one doubles down on an already doubled-up whiskey. The new Double Double Oaked is a take on distillery’s core Double Oaked expression, with extra time in a barrel adding a burst of flavor.

Doubled Oaked is Woodford’s barrel-finished bourbon. For this expression, fully mature Woodford bourbon is placed into a second heavily toasted and lightly charred barrel for an undisclosed period of time. This gives the 90.4 proof whiskey even more intense flavors of vanilla, hazelnut, apple, chocolate and marzipan, according to the brand’s tasting notes. Double Double Oaked is taken one step further, placing the whiskey into yet another heavily toasted and lightly charred new oak barrel for an additional year. This is said to bring some spicy notes that are not present in the original Double Oaked into play on the palate. “We are excited to once again offer one of our most-coveted annual bourbon releases,” said master distiller Chris Morris in a press release. “This is the perfect winter bourbon with tasting notes of burnt marshmallows, cranberry and bittersweet chocolate.”

This whiskey actually marks the seventh time that Double Double Oaked has been released as part of the Distillery Series since 2015, and according to a rep for the brand the process is the same as previous releases. Other expressions in the Distillery Series have included small batch experiments like 5 Malt Whiskey, Toasted Oak Rye and Chocolate Malt Whisper. Overall, this collection of whiskeys is meant to highlight the spirit of innovation that Morris, assistant master distiller Elizabeth McCall and their team bring to the distillery, while still keeping the core lineup consistent.

Double Double Oaked goes on sale today at the distillery’s gift shop in 375-ml bottles, with customers limited to purchasing two each (SRP $59.99). The whiskey will also be available at other retailers throughout Kentucky. Team up with a fellow bourbon lover if you’d like to double your chances to get a bottle of Double Double Oaked.