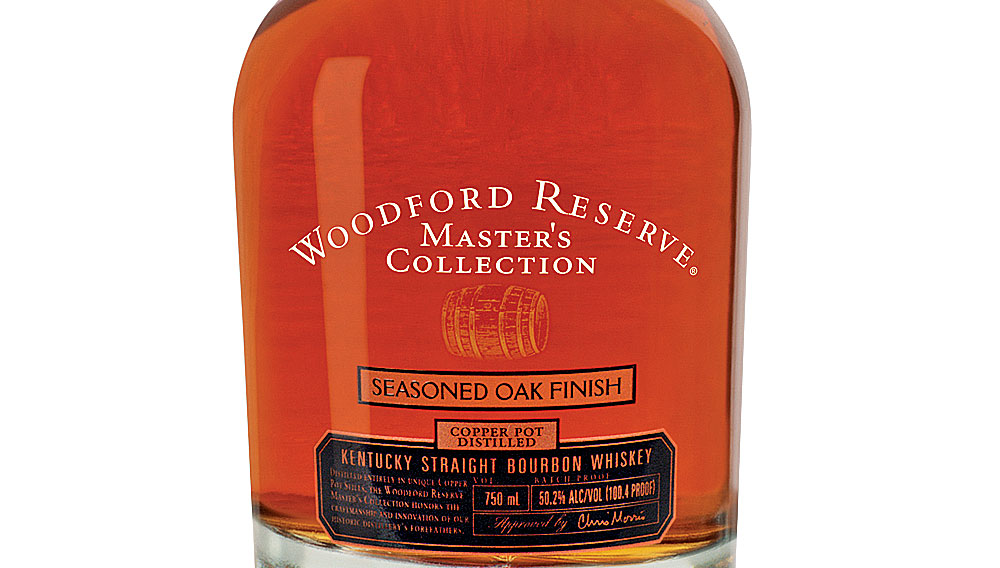 A few years ago, master distiller Chris Morris decided to pay tribute to the master distillers who had come before him. Thus was born the Master’s Collection: occasional limited releases of triple-pot-distilled Woodford Reserve that, paradoxically, go against tradition.

“We take the five sources of flavor—grain, water, fermentation, distillation, and wood aging—and we change one of those five,” says Morris. “Thus we end up creating a whole new flavor profile.”

The first release was Four Grain. The second was aged in refilled wine casks, which—because the law requires that bourbon be aged in new charred-oak barrels—prevented the spirit from being classified as bourbon. And the third used sweet mash instead of sour. With the fourth, Woodford Reserve Master’s Collection Seasoned Oak Finish (www.woodfordreserve.com, $89), Morris has created a classic by paying homage to the wood. Most new barrels are air-dried for three months; Woodford Reserve barrels normally air-dry for nine. But for the Seasoned Oak Finish, a 7-year-old Woodford Reserve was aged eight additional months in barrels that had air-dried for three to five years before being sealed with 5-year-old “heads.” At 100.4 proof, this bourbon brims with molasses, cinnamon, and curry—complexities rarely found in America’s native spirit.