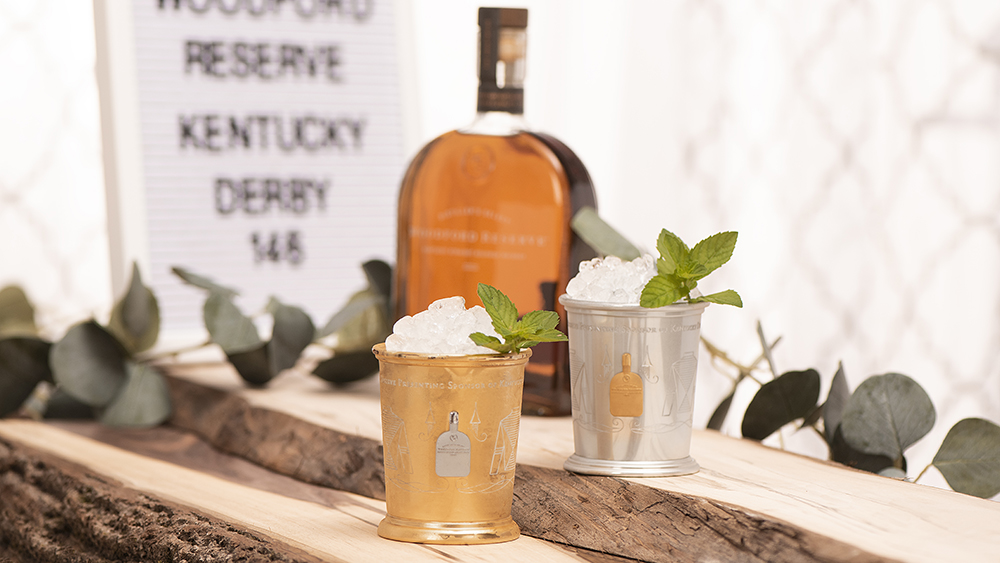 It’s been half a century since jockey Diane Crump became the first woman to race in The Kentucky Derby. It’s a milestone that’s worth raising a glass to—a $2,500 one at that.

To honor the momentous occasion, Woodford Reserve is offering specially engraved silver- and gold-plated mint julep cups for $1,000 and $2,500, respectively. Toasting the races with the sweet Southern drink is a cherished Derby tradition that occurs annually, but it feels more important than ever this year as it coincides with Crump’s golden jubilee.

Crump rode her thoroughbred Fathom in the 1970 Derby and forever changed racing history. Although she finished 15th, the 22-year-old showed an incredible amount of tenacity and resilience. Crump not only had to wrangle a thousand-pound beast, but she also had to battle the catcalling crowds and naysayers. Crump, of course, succeeded; since then only five other women have competed in that Triple Crown race.

Designed and handcrafted by the jewelers at From the Vault in Kentucky, the classic julep cups feature etchings of the jockey silks Crump donned in 1970, along with the famed Twin Spires of Churchill Downs. Woodford Reserve is offering 146 cups in total to mark the 146th running of The Kentucky Derby. There are 121 silver-plated pewter cups and 25 gold-plated cups, which also come with an accompanying silver sipping straw.

Each keepsake comes housed in a special walnut case, along with a replica pair of Crump’s turquoise-and-white jockey silks made by Bourbon Cousins of Cincinnati. To top it off, the cup also benefits charity. All proceeds will be donated in Crump’s honor to the Permanently Disabled Jockeys Fund.

“The $1,000 Mint Julep program has become a cherished Derby tradition,” Chris Morris, Woodford Reserve’s master distiller, said in a statement. “This year we are honored to mark an important moment in Derby history while also raising money for charity.”

In the past, julep cups could only be picked up on Derby Day, which has been postponed to Saturday, September 5 due to the pandemic. This year, though, cups will be sent directly to buyers and Morris will conduct a virtual julep experience on Derby Day.

We can’t think of a better way to celebrate the legendary Diane Crump.