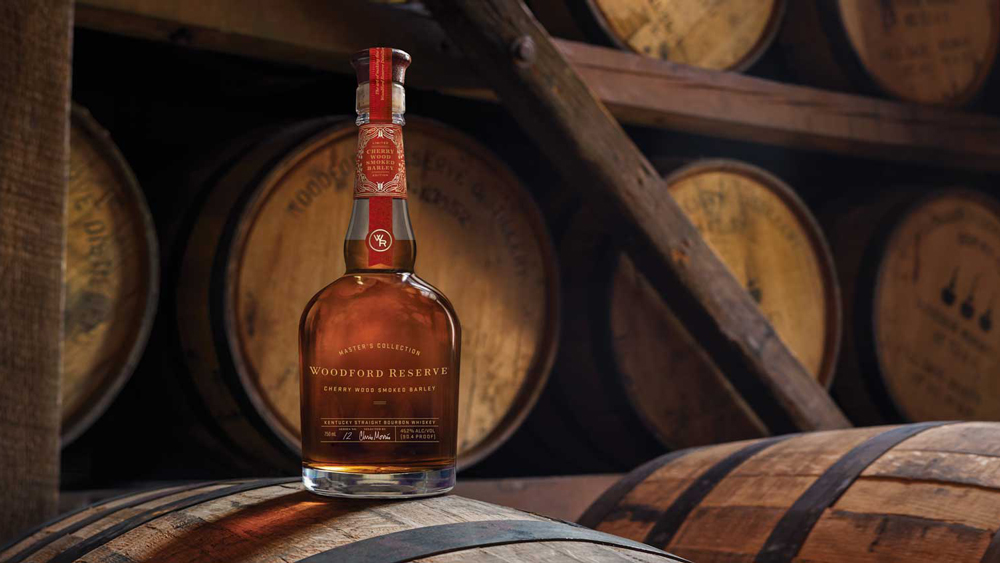 It’s hard to imagine a bourbon as high-profile as Woodford Reserve doing anything under the whiskey radar. But master distiller Chris Morris has quietly been experimenting with different aspects of whiskey-making for more than a decade and releasing them as the Woodford Reserve Master’s Collection—all without gaining as rabid and high-profile a following as might be expected, given the spirits cognoscenti’s fascination with all things American whiskey.

Some of his experiments, like the brilliant Maple Wood Finish of 2010, are as good as anything in the permanent Woodford portfolio. Others, like the 2014 Straight Malt barley-based whiskey, were less successful. Either way, they’re only available for a few months each year, and when they’re gone, Morris is onto the next idea. It’s a fascinating way to experience how a distiller hones his craft—and admirable to see him give his experiments public exposure.

Morris’s latest experiment—the 12th in the Master’s Collection series—is a bourbon quite unlike anything else on the market. Standard Woodford bourbon has a mash bill of 72 percent corn, 18 percent rye, and 10 percent malted barley. Woodford Reserve Master’s Collection 2017: Cherry Wood Smoked Barley ($100) sets aside the rye and boosts the barley content, with a 70 percent corn, 30 percent malted barley recipe that’s aged for 7 years and bottled at 90.4 proof. What’s more, the barley has been smoked with cherry wood during the malting process. The result tastes like a bourbon single-malt hybrid, with sweet vanilla, caramel, and cherry notes mingling with smoky malt flavors, and hints of smoke and a gentle spice at the finish. It’s delicious enough to whet the appetite for whatever Morris comes up with next year. Put this on your wish list, since Master’s Collection bottles tend to disappear each year along with the holiday decorations.