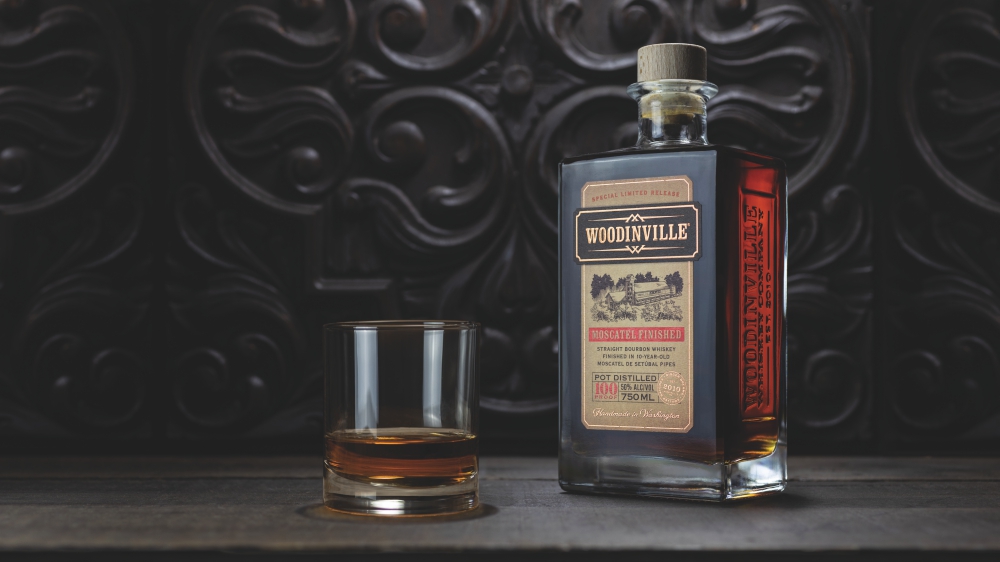 It used to be a real schlep to get your hands on Woodinville Whiskey’s Moscatel Finished Straight Bourbon. But the Washington State distillery just made it a lot easier to procure.

Woodinville Whiskey became first to give a bourbon a secondary maturation in casks previously filled with the sweet, fortified wine from Portugal called Moscatel de Sebutal. However, the special edition was only available to people who ventured to the distillery in the Seattle suburb of Woodinville. That’s all changed, as the bourbon has been expanded to 23 additional markets and can be found alongside the flagship expressions from this excellent craft operation.

You could argue that Woodinville Whiskey is not really “craft” anymore since it was acquired by wine and spirits giant Moet Hennessy in 2017, but the ethos, production and mission remain true to the founders’ original vision. Except, of course, now there’s a lot more money behind distribution, as underscored by this particular expansion news. The Moscatel Finished Bourbon is the distillery’s flagship straight bourbon that has been put into 10-year-old, 200-gallon Moscatel casks. As far as the claim about Woodinville’s bourbon being the first to undergo this type of finish… maybe not. It appears there was a High West American Prairie Bourbon that was also finished in Moscatel casks as part of the distillery’s Barrel Program, a limited-edition release for Blackwell’s Wines and Spirits. There was also a rye whiskey from Sagamore Spirit, but that’s a different category. Regardless, this was one of the first, if not the first.

“We were able to obtain just 18 of these barrels that had aged the Moscatel for over 10 years, which is a bit like finding a unicorn as most Moscatel is aged for just two years,” Woodinville Whiskey managing director & co-founder Orlin Sorensen told Robb Report. “Further, they come from the Setubal region, a small area of Portugal that is renowned for making this style of Moscatel. When we first tasted the product that came from these barrels we knew it was going to integrate beautifully with our flagship bourbon, which it did, but even then exceeded our expectations. We typically limit our special releases to the distillery only, and while we only have a very limited amount it is so special that we wanted to share with all of our markets throughout the country.”

The bourbon is very good, with amplified notes of dried fruit and spice from the cask finish that complement the bourbon’s intrinsic vanilla, caramel and dark espresso character. This is a cask finish that has not gone overboard and does not overpower the core identity of the bourbon. With releases like this, as well as the core lineup, Woodinville is a distillery that is ready for its closeup and should be counted among the best of newer American bourbons that are made outside of Kentucky.