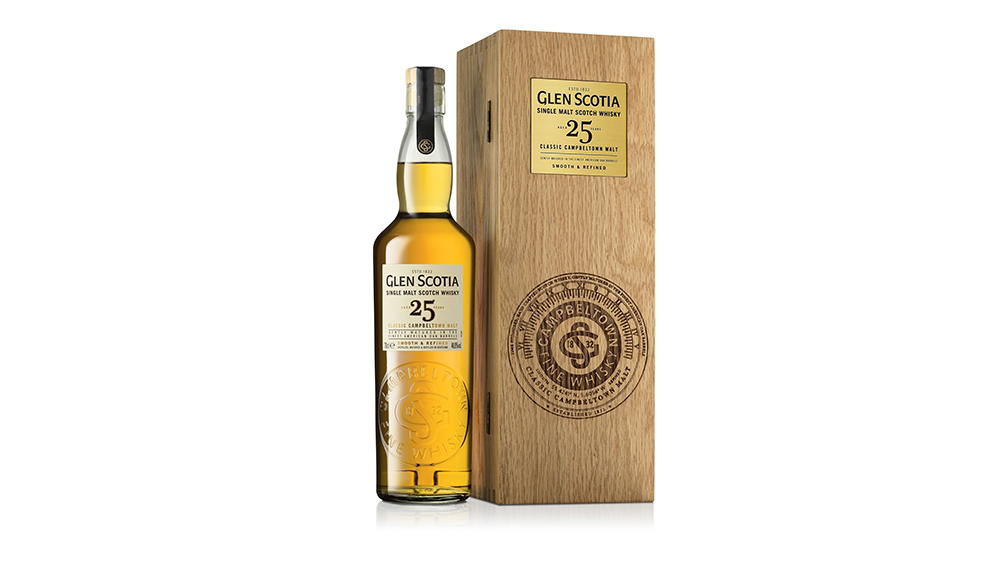 In search of the world’s best whiskey? According to one of the most prestigious spirit competitions you can stop looking.

The influential San Francisco World Spirits Competition (SFWSC) has named Glen Scotia’s 25 Year Old single-malt Scotch its Best in Show Whiskey (and we mean whiskey with an ‘e’ as it beat out not just single-malts, but all types of whiskey).

SFWSC, which has been referred to as the “Oscars of Booze,” dates back to the 2000, and is the second oldest spirits competition in the world and the oldest and largest in the US. Its judges appear to have been bowled over by the relatively obscure distillery’s 25-year-old single-malt, viewing it as heads and shoulders above a field that included 1,275 other whiskeys, 269 of which were Scotch, according to Forbes. On its website, Glen Scotia describes its single-malt as having a maritime influenced nose, a fruity taste that mixes apple, vanilla and caramel and a spicy finish that lingers.

“To receive such outstanding feedback and be recognized as ‘Best in Show’ at this prestigious competition is an honor, and a tremendous boost to the entire team here at Glen Scotia distillery” Master Distiller Iain McCallister said in a statement. “The Glen Scotia 25 Year Old is a really outstanding liquid, and has collected a number of the top industry awards over the years, but this has to be one of the proudest moments for the distillery to date.”

Glen Scotia is located in Cambeltown, Scotland. The small town was called the “Whisky Capital of the World” back in the Victorian era when it was home to 30 distilleries. That has dwindled down three currently, but Glen Scotia is doing doing everything it can to help the area live up to its old name. In addition to its 25 Year Old walking away with the show’s top whiskey honor, three of its other whiskies were also honored. The Glen Scotia 10 Year Old received a double gold medal, the 15 Year Old a gold and the “Campbeltown Harbour” a silver.