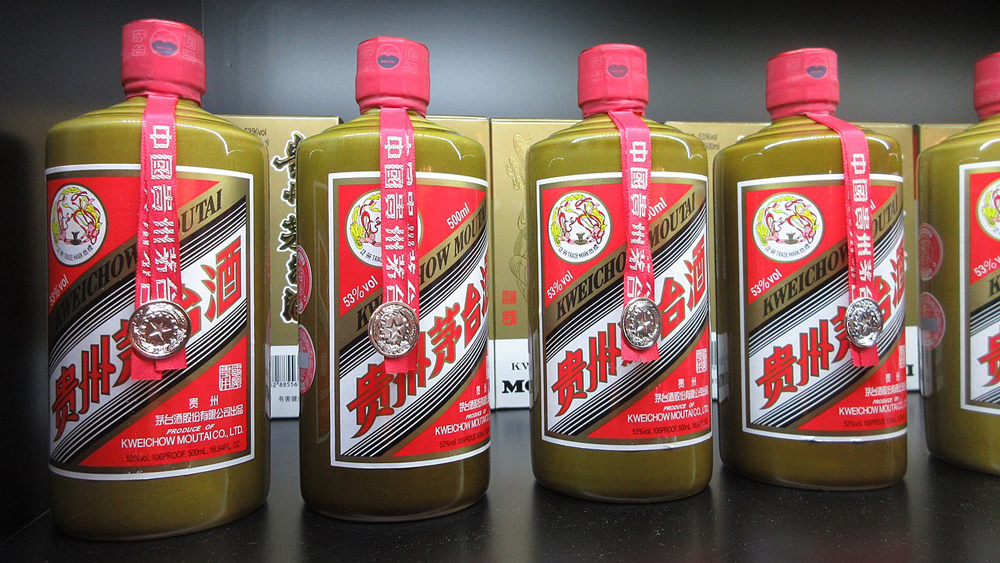 In the latest study of the value of spirits brands and how they’ve weathered several years of the pandemic, China has come out on top.

According to a new study by valuation consultancy Brand Finance, six of the top ten most valuable spirits brands are Chinese, which makes sense given the incredible popularity of baiju and China’s massive population.

“Over the course of the pandemic, alcoholic brands have been faced with difficult conditions including fluctuating demand due to national lockdowns across the world,” said Alex Haigh, managing director of Brand Finance in a statement. “The reopening of the economy has driven major growth in the sector with spirits brands growing by 6 percent year-on-year.” According to its data, the number one most valuable spirits brand in the world is Moutai, a type of baiju made from fermented sorghum that is worth a staggering $42.9 billion. However, the brand that has seen the most rapid growth is Diageo’s Casamigos tequila, which has tripled in value since last year to $450 million–seems like the billion dollars George Clooney and partners were paid for the brand might have been worth it after all.

To get a clearer pictures of just how dominant Chinese spirits are ranked, it’s worth taking a look at the top ten list from Brand Finance, which includes some other familiar spirits:

The rest of the list includes some names more familiar to US consumers, and others that are less recognizable but clearly huge players in the Asian market. Jameson took the number 20 spot with $1.1 billion, Jose Cuervo sits at 27 with $839 million and Glenfiddich hit the number 33 spot with $692 million. Interestingly, Jim Beam doesn’t make the list, even though it’s often talked about as being one of the most popular bourbons worldwide, and The Glenlivet doesn’t appear although in the past it’s gone head-to-head with Glenfiddich.

Overall, the takeaway for booze brands is pretty good news–the market doesn’t seem like it’s slowing down at all. So maybe it’s time to lay off the NFT tie-ins, because crypto seems a little unstable and apparently drinkers don’t need any non-fungible encouragement to buy alcohol.