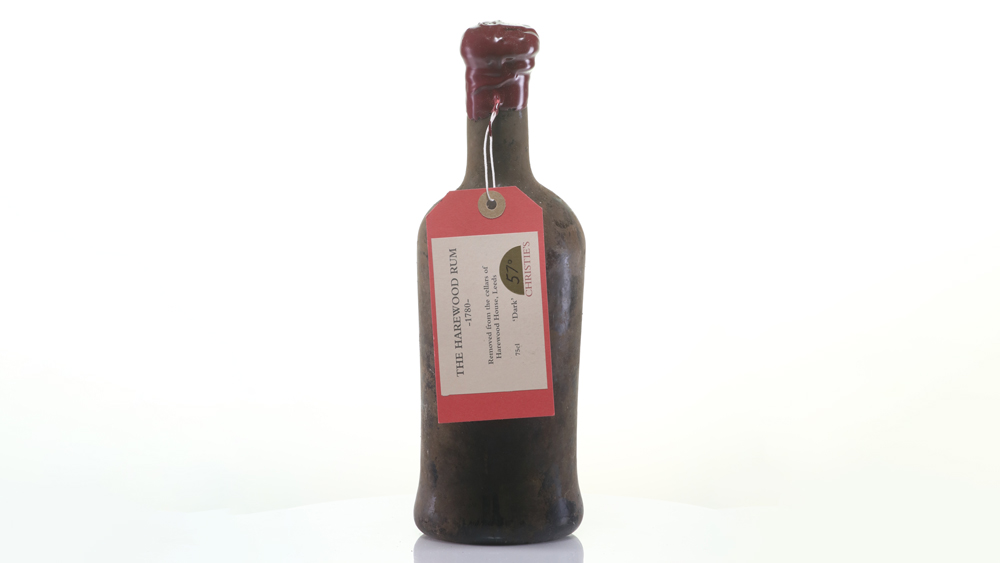 The market for ultra-aged spirits, particularly single malt scotch, is hotter than ever. Look no further than the bottles of The Macallan approaching 100 years old that have broken auction records recently. But it’s not just aged whisky getting collectors’ attention anymore, because what the Guinness World Records calls “the oldest known rum” just sold for nearly 30 grand.

The bottle in question is a 1780 vintage rum that was distilled in Barbados on the Harewood estate, which was discovered in the cellar of the Harewood House in the UK by two wine trade professionals in 2011. The rum was originally auctioned off by Christie’s in 2013 for $9,500, but most recently Miami spirits company Old Liquors Inc. sold the bottle to a private collector in Switzerland for $29,999. According to the Christie’s website, there were 59 bottles in total of dark and light rum, but only 23 were suitable for sale because the quality of many had deteriorated so much.

“We are proud to be a part of the world of fine rum collecting,” said Old Liquors Inc. head Bart Laming in a press release. “This sale is a testament to the enduring appeal of rare and exceptional spirits. We look forward to continuing to bring our customers the best in rare and premium spirits from around the world.” The company manages the astounding spirits collection of one Bay van der Bunt, with more than 10,000 bottles in its Doral, Florida cellar including 18th and 19th century vintages of Cognac, Port, Madeira and scotch.

Given where and when this Harewood vintage rum was distilled, it is worth noting that it’s a relic of an era when slavery was a fact of life in the Caribbean. Christie’s has traced the bottle back to a family that built its fortune in the sugar industry, which was intrinsically linked to the slave trade at the time. To that end, the original Christie’s sale proceeds went to benefit the Geraldine Connor Foundation. This organization, named after a woman who was deeply involved in the West Indian steel band music community in the UK, works to help youth get involved in the performing arts.

If you’re interested in perusing the Old Liquors catalog, you can check out the website for yourself.