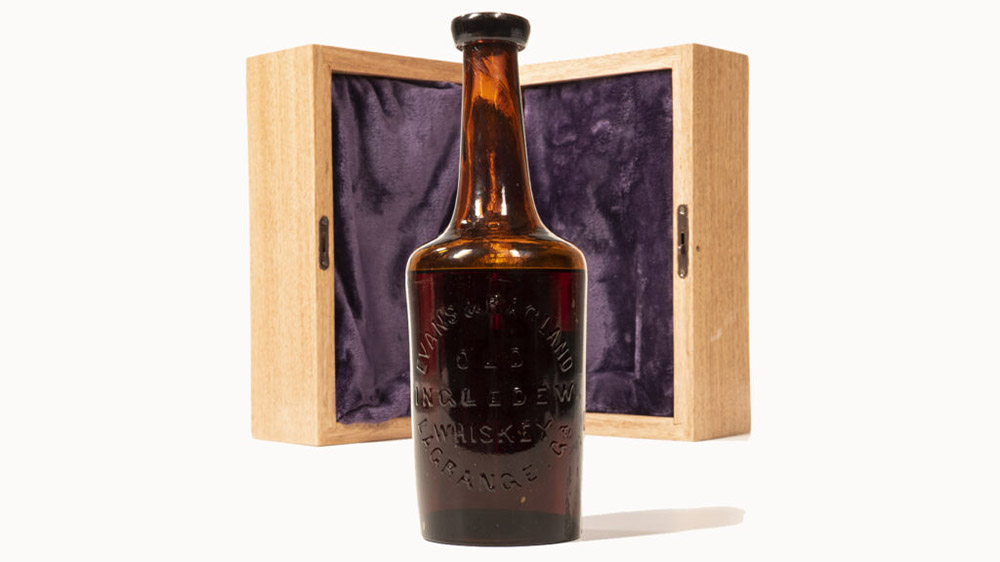 A bottle containing what is believed to be the world’s oldest whiskey just sold for way more than anyone was expecting.

The handle of Old Ingledew Whiskey went for a staggering $137,500 on Wednesday following a spirited round of bidding overseen by Skinner Auctioneers, reports CNN. The gavel price absolutely shatters the $20,000 to $40,000 the spirit had been expected to sell for before the sale.

So why did this bottle, go for nearly $100,000 more than its high-end estimate? One reason: its age. Though the whiskey was long thought to date back to 1850, a recent laboratory test conducted by the University of Georgia and University of Glasgow revealed it’s actually much older. A sample of liquid was taken from the bottle and carbon tested; the results revealed an 81.1 percent likelihood that the whiskey was actually bottled between 1763 and 1803, putting it in the historical context of the Revolutionary War and Whiskey Rebellion.

This particular bottle of Old Ingledew also has an interesting backstory. It once belonged to Wall Street financier John Pierpoint Morgan, the founder of what would eventually become JPMorgan Chase & Co., who obtained the whiskey on a business trip to Georgia, according to Barron’s. But he was far from the bottle’s only famous owner. His son Jack gifted the bottle to future US Supreme Court justice and South Carolina governor James Byrnes in the early 1940s. Jack also gave two other bottles to Franklin D. Roosevelt (they were distant cousins) and Harry S. Truman. Skinner’s rare spirits expert, Joseph Hyman, said that the bottle that sold this week is only one that survives.

As shocking as the bottle’s final price may be—it’s not often that a lot sells for more than three times its pre-auction estimate—it doesn’t make Old Ingeldew the world’s most expensive whiskey. Far from it, in fact. That title currently belongs to a bottle of Macallan Fine and Rare 60-Year-Old 1926 that sold for $1.9 million in 2019. But the title of world’s oldest? That belongs to this bottle and this bottle alone.