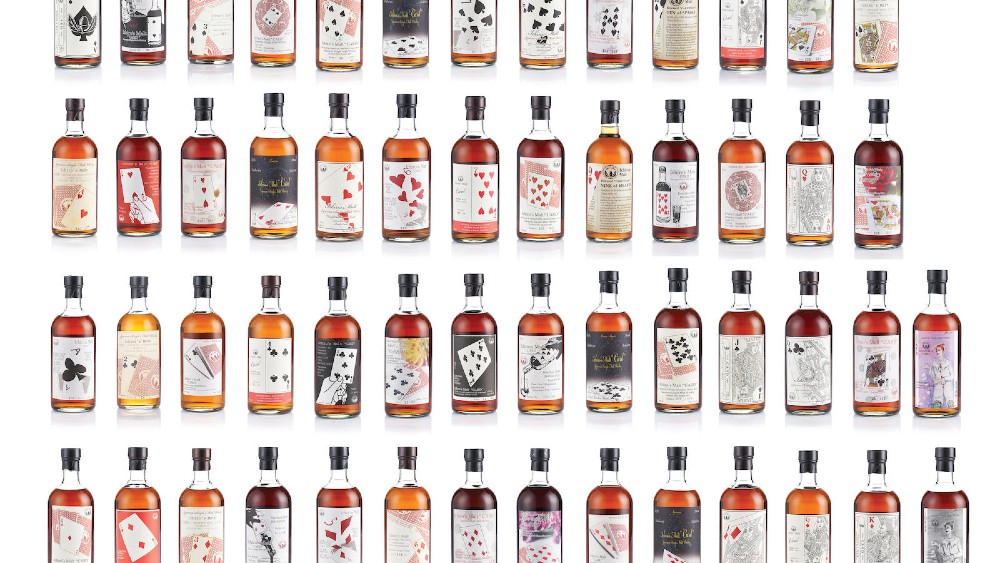 One of the world’s rarest collections of Japanese whisky, from a storied distillery that closed almost two decades ago, is about to go up for auction. But anyone looking to get their hands on the spirits will have to part with plenty of cash to do so, as the lot is expected to fetch in excess of $500,000.

As part of next month’s Fine & Rare Wine and Whisky auction to be held in Hong Kong, Bonhams will be offering a complete Hanyu Ichiro’s Full Card Series. The extremely rare set consists of 54 bottles of Scotch-style malt whisky, each of which represents the playing cards in a full deck (including two jokers), from the acclaimed distillery. A previous set sold for nearly $490,000 at auction in 2015.

“Four years since the Hanyu Ichiro’s Full Card Series set the world auction record at Bonhams, the current market demand is at its strongest for Japanese whisky,” Bonhams executive Daniel Lam said. “It is believed that no more than four sets of Full Card Series exist in the world. Over the years, moreover, many bottles have either been consumed or strictly kept in private, making it harder than ever to assemble a complete—and with such trusted provenance—series.”

Founded by Isouji Akuto in 1941, the Hanyu distillery closed its doors in 2000. But before it shut down for good, Akuto’s grandson Ichiro stepped in to make sure that 400 casks of premium whisky from the distillery were preserved. He then personally selected which whisky would be bottled for each “card” released between 2005 and 2014.