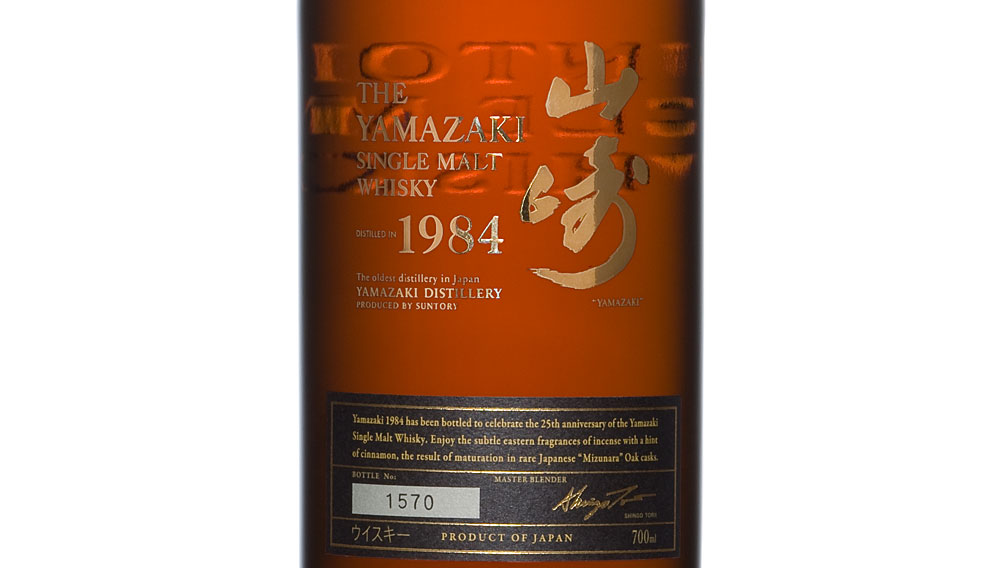 In October 2009, to celebrate the 25th anniversary of Yamazaki single-malt whisky (named after the Yamazaki Valley in which this Japanese distillery is located), 2,500 individually numbered bottles of 86-proof Yamazaki 1984 commemorative whisky were released. Only 300 of these bottles were sent to the United States. Matured since 1984 in a combination of Japanese, American, and Spanish oak casks, this deep, dark single malt is thick with burnt berry, chocolate, anise, and plum.