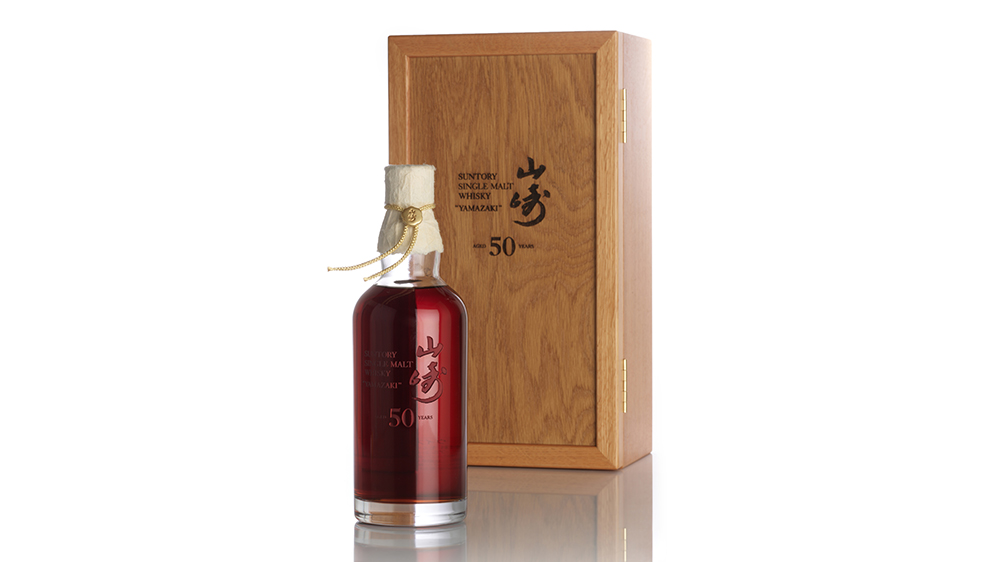 Bonhams is about to give collectors a shot at one of the best whiskies Japan has ever produced.

The headline lot of the auction house’s upcoming Hong Kong Fine & Rare Wine and Whisky sale is a bottle of Yamazaki 50-Year-Old First Release. The bottle of the record-setting single-malt whisky is one of no more than a dozen still believed to be on the market.

First bottled in 2005, Yamizaki’s 50-Year-Old First Release is generally considered the king of Japanese whisky. The expression proved to be such a hit with connoisseurs that second and third editions followed in 2007 and 2011, respectively. The First Release is the rarest, though, resulting in just 50 bottles. Christopher Pong, Bonhams’s head of sales at the auction house’s wine and whisky department, expects a “lot of interest” in the expression, especially since previous bottles from the run set auction records in 2018 and 2019. Bonhams has given it a pre-sale estimate of $446,000 to $574,000.

Bonhams is auctioning off a selection of rare Japanese whiskies, including bottles of Yamakazi’s 55-, 50- and 35-Year-Old expressions  Bonhams

“After a momentous sale of Club Qing’s Hanyu Full Card Series in 2020, which set a new auction record for a collection of Japanese whisky, Aaron has now consigned with us his personal Scotch collection, offering many old bottlings from 1950s through the ’60s, all in pristine condition. It is rare to have a private Asian Scotch collection to come to the global market, and this is surely one to watch out for.”

Bowmore 1955 in a ceramic jug  Bonhams

The Fine & Rare Wine & Whisky auction will be held in Hong Kong on May 20. It’s a live auction so we’d recommend being on your toes if you’re hoping to add a bottle of the Yamazaki 50-Year-Old First Release or any of the other desirable lots to your collection.